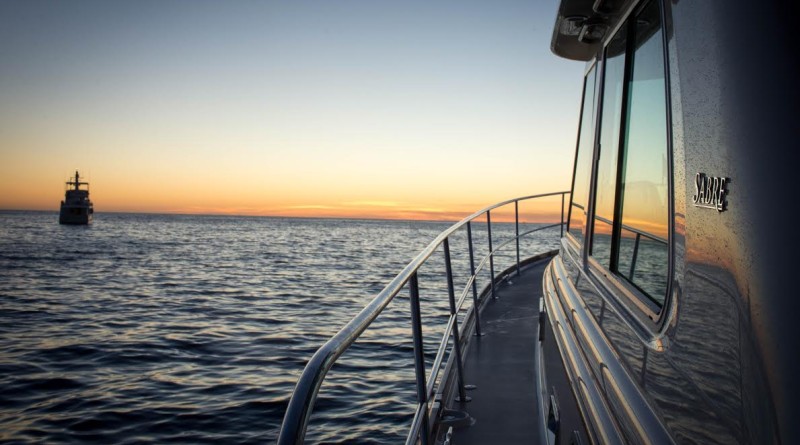 SAN DIEGO — Planning and registration for the 2017 Cruise Underway to Baja Rally (CUBAR) is officially underway as the San Diego Yacht Club hosts an information dinner for the San Diego-to-La Paz cruise on Nov. 17.

The 12-day rally starts in San Diego and finishes in La Paz, which is on the Sea of Cortez side of Baja California. Participating cruisers can make stops for up to two days at ports in Ensenada, Turtle Bay, Magdalena Bay and San Jose del Cabo. During each stop cruisers are encouraged to explore the local area.

Powerboats participating in the rally are “required to have a minimum range of 450 miles at 8.5 knots.”

Organizers stated 45 boats participated in the 2015 version of CUBAR; participating boats ranged in size from 29 to 80 feet. Most vessels were in the 45- to 55-foot range.

“There were tugs, express cruisers, sport fishers, light and heavy displacement cruisers and a handful of luxury yachts. They came from Alaska, Vancouver, Toronto, Seattle, San Francisco, LA, Newport, San Diego, Florida, Nevada and Arizona. Approximately half of the captains took advantage of the strong support and organization provided by CUBAR to cruise in Mexico for the first time,” CUBAR organizers stated.

The entry fee is $990/boat, which includes dinner and drinks for crewmembers at designated spots along the way.

A kickoff and informational dinner for the upcoming CUBAR event will be held Nov. 17 at San Diego Yacht Club. More information about the dinner is available online.

“The best thing about CUBAR is that all the organizational activities are handled by the committee which includes getting everyone thru Mexican Customs and Immigration, selecting anchorages to accommodate a large group, coordinating slip assignments along the way, fuel coordination, weather routing services and last, but not least, providing hosted dinner and beach parties along the way,” CUBAR 2017 Chairman Chuck Dahill stated.

“In addition, there are 2-3 days of training classes provided, which cover everything from safety at sea, first aid, navigation, communications, provisioning, insurance requirements and things to do once you arrive in Mexico. This doesn’t mean the captains have nothing to do as there is work in getting their boats ready for the nearly 900-mile cruise.”

The cruise was formerly known as FUBAR – Fleet Underway to Baja Rally – but changed its name to CUBAR after it became a permanent event hosted by the San Diego YC in 2015.

“The name was changed to CUBAR in order to better emphasize the cruising aspect,” organizers said in a released statement.

“The underlying principal of CUBAR is to provide the support necessary for those that have limited or no boating experience in Mexico,” organizers stated. “It is open to anyone with a power boat that has a minimum range of 450 miles at approximately 8 knots. However, this event is not for someone who has never boated before, left the bay or been in their engine room.”