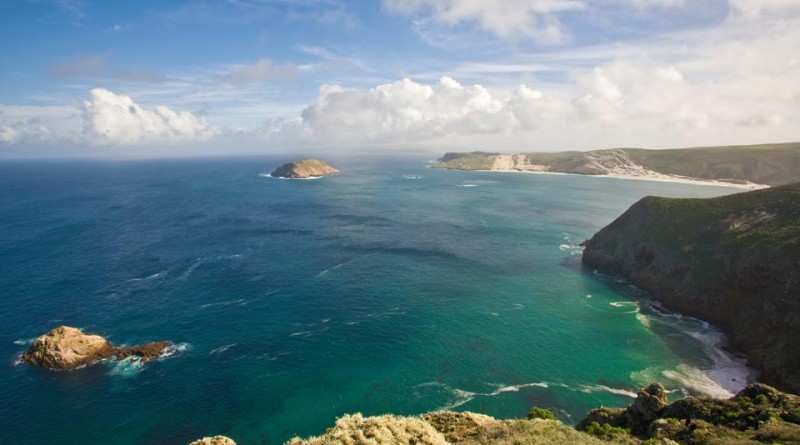 Boaters are once again welcome to explore San Miguel Island after two-years of being closed to the boating public. Visitors must sign an access permit and liability waiver to enter the island.Photo courtesy of NPS

CHANNEL ISLANDS — The westernmost island in the chain of Channel Islands is ready for everyday human interaction again as the U.S. Navy and National Park Service (NPS) announced San Miguel Island is open to the public. Visitations to San Miguel Island began on May 17.

Federal officials shut down San Miguel Island to the public in April 2014 after the Navy discovered the possibility of unexploded ordnance on the landmass just off the Central California coast. Private boat, charter vessel and aircraft can access San Miguel Island.

The island was used as a bombing range starting in World War II and continued through the 1970s. The Navy spent the past two years conducting surveys of marked trails and high-use areas for possible unexploded ordnance.

“No high explosive items were found and 125 pounds of munition items, such as practice bombs, bomb fragments, and fuses, were removed,” federal officials, who also developed a plan for public safety, said.

Visitors must now sign an access permit and liability waiver to set foot on the island. Access permits are available at two locations: the boat and air concession offices and at the self-registration station by Nidever Canyon trailhead on San Miguel Island. Limited flights to San Miguel Island, via Channel Islands Aviation, will also be permitted on a trial basis.

While the island is reopened there are some restrictions to where the public can meander, federal officials stated.

“The island will not be open when there is no ranger or other NPS personnel available to escort visitors. The longtime practices of escorting all visitors beyond the ranger station and limiting visitors to the established trail system will remain,” according to the NPS.

The U.S. Department of Defense owns and NPS operates San Miguel Island, which is about 70 miles from Ventura and 26 miles to Pt. Conception. San Miguel Island is home to more than one dozen endemic plants, island deer, fox, rat and five pinniped species, and one of the oldest known Native American archeological sites in the country.