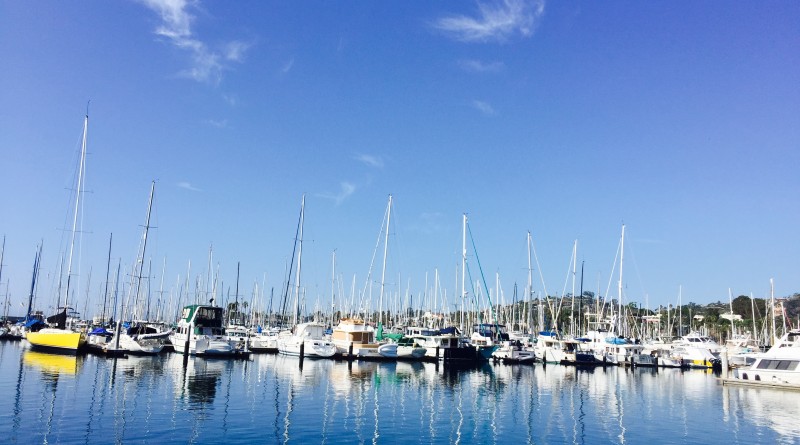 Those wanting to conduct business in the Waterfront District with no leasing space or fixed place of business must obtain a city business license, commercial liability insurance and pay an annual fee to be considered for a Business Activity Permit (BAP).  The annual fee is $20 for service business and $250 for six-passenger charters. The Waterfront District has 63 BAP approved holders in the marina at this time.

The commission reminded boaters automatic payment services are available to them for slip fees. Currently 41 percent of those with slip permits utilize this automatic payment service. It is great for frequent travelers or for those that do not want the hassle of writing a check. There is no charge to participate. Some banks may charge a fee for electronic fund transfers with automatic payment services. Monthly statements are still sent out at the beginning of the month and the checking account debited according to that statement on the 15th of the month. Applications are available at the Waterfront Business Office located at 132 Harbor Way, Suite A. An application can also be submitted online.

The season for lobster trapping starts every year on the second Wednesday of October. Previously, lobster traps were making a mess and making it difficult for recreation boats to access the launch ramps. Plans have been put in place for commercial lobster fishermen to stage their traps in designated launch ramp parking stalls. This plan allowed other boaters access to park and to launch.

The only issue reported this year was caused by the heat wave. Lobster fishermen start staging their traps 7-10 days before the season opens. With the major heat wave at the end of September (with temperatures reaching 100 degrees on the harbor), the coatings on the traps were melting onto the parking lot and tracked onto the launch ramp and docks. However, as soon as the weather cooled, the gooey consistency hardened. No tar or oil ended up in the bay. Maintenance staff took action when all traps were cleared out and removed the top surface off the docks to power wash them of site. No water was polluted.

A new event is taking place at Stearns Wharf called “Rock the Wharf.” Sponsored by the Stearn Wharf Business Association, this is an event where the public can enjoy special deals by merchants, food by vendors and music by youth bands. The first of the four dates was held on Oct. 1. The dates of the next upcoming Rock the Wharf will be held on Nov. 5, Dec. 3 and Jan. 7 from 3-5 p.m. It is free to attend.

The Santa Barbara boat parade scheduled for Dec. 11 will start off with fireworks at 5:30 p.m. This year’s theme is the “Wild West Holidays.” Registration forms will be included in slip billing statement envelopes. Forms are also available now at the Waterfront Office, Harbor Market and Fuel Dock.