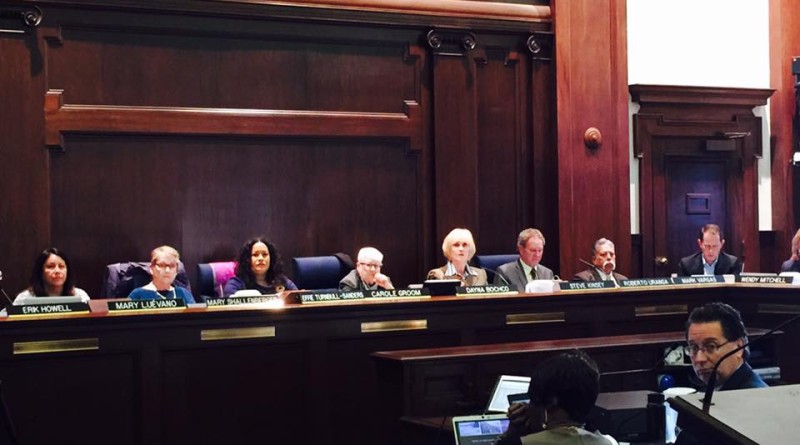 NEWPORT BEACH — The California Coastal Commission will interview a short-list of candidates for the agency’s open executive director position exactly one year after its previous staff leader was publicly ousted.

Commissioners narrowly voted to fire Dr. Charles Lester as the agency’s executive director on Feb. 10, 2016. The Coastal Commission will interview as many as five candidates to fill the vacancy during a closed session hearing scheduled for Feb. 10, 2017.

CPS HR was hired by the Coastal Commission to assist the state agency in its search for a new executive director. The firm added Kevin Doyle, a Boston-based environmental workforce consultant, to the search team, it was announced in December 2016.

A confidential report about potential hires was sent to commissioners by the CPS HR team in early January. Commissioners reportedly discussed the interview process during a closed session hearing on Jan. 13, the final day of its January 2017 meetings in San Luis Obispo.

Efforts to find Lester’s successor were underway in earnest in May 2016, when the Coastal Commission released a request for proposals to hire an executive search firm. A draft job description was published in August 2016.

Whoever succeeds Lester would earn between $152,964 and $160,608 annually; the compensation package also includes retirement, health, dental and vision insurance, and leave allowances. He or she, according to Coastal Commission staff, is expected to have knowledge and experience of environmental, land use and coastal policy. Administrative and organizational management experiences, an advanced degree, and at least 10 years of relevant work experience – including five-plus years in a senior managerial role – are also required.

It is not yet clear what direction the Coastal Commission would head moving forward once the new executive director is installed. Lester’s supporters were upset with his firing, as they believe he helped shape policies to protect the environment.

Several major environmental decisions are still on tap for the quasi-judicial state agency, including Poseidon Water’s proposal to build a desalination plant in Huntington Beach and a possible development of 400 acres of open land just off the Newport Beach coast.

Coastal commissioners voted 7-5 in February 2016 to fire Lester, despite overwhelming public support for him to keep his job. The decision was made behind closed doors. No reason was given for his dismissal.

In January the commission stated it would be unveiling the Coastal Data Management System public portal in 2017. The portal, according to Coastal Commission staff, would address transparency concerns by providing project applicants and the public access to regulatory and planning items throughout the public process.

Jack Ainsworth has served as the Coastal Commission’s acting executive director since Lester was dismissed in 2016.

The public can review the entire executive director search process online at coastal.ca.gov/events/ed-search.