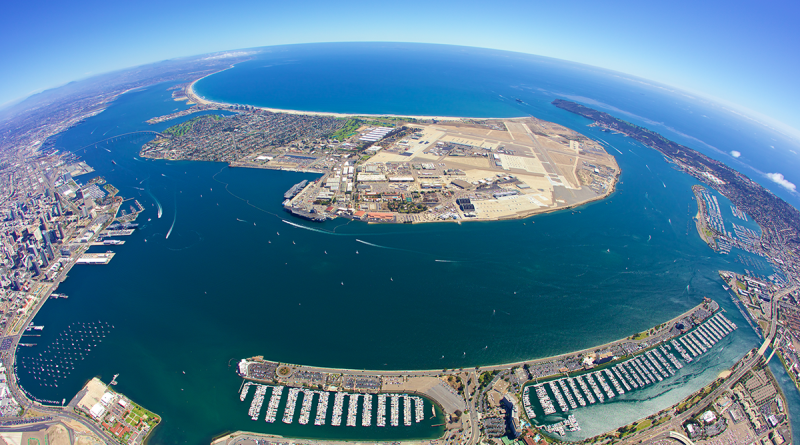 Collaborative agreement would allow ocean space management to be guided by scientific and public input.

SAN DIEGO — A pilot program aiming to incorporate spatial planning into the management of ocean waters just off the San Diego coast appears to be coming to fruition as the Port of San Diego and State Lands Commission will move forward on a collaborative marine planning agreement, it was announced Oct. 14.

The exact location of the Pacific Ocean where this pilot program would be executed has not yet been determined, but port and state officials hope marine spatial planning efforts would combine science-based decision-making with public input, inter-agency collaboration and environmental protection campaigns.

“Local planning and management by the District has potentially significant economic benefits to the [port] district and the state and greater environmental protection and improvement,” port staff stated in a report to the Board of Port Commissioners. “The [port] district is uniquely positioned to plan and manage ocean resources with the knowledge and expertise, flexibility to respond to the needs of planning, and the financial resources to devote to planning and development.”

An executive order issued by Pres. Barack Obama in 2010 set the tone for port district and State Lands Commission officials to reach an accord on the marine spatial planning program. The National Ocean Policy, specifically, established a guide for the federal government and coastal states to “protect, maintain, and restore the ecological health of the ocean, promote sustainable use of ocean and coastal resources and strengthen coastal economies.”

“The planning effort recommended to be undertaken by the commission and the district aligns with the marine conservation and resource management goals of the National Ocean Policy,” port district staff stated in a report to commissioners. “While the commission and the district will lead the San Diego process, it will include representative perspectives from federal, state, local, and tribal governments as well as non-governmental stakeholders.”

The collaboration could also lead to the development of a spatial analysis tool and encourage stakeholder participation.

“The San Diego region’s marine research knowledge will provide a strong science basis to plan for the blue economy while preserving critical resources,” Yee said in a released statement.

Entering into a collaborative agreement with the State Lands Commissions would, according to port staff, give the district a “seat at the table” when decisions about San Diego’s ocean and coastal resources are made.

“The commission and the district anticipate the work product developed from the … implementation [of the Memorandum of Agreement] will be a planning document that will serve to inform the adaptive management of the state-owned tidelands and submerged lands in the Pacific Ocean within a geographic area offshore San Diego County,” port staff told commissioners in a released memo.

One thought on “State Lands Commission, Port of San Diego reach accord on marine planning”