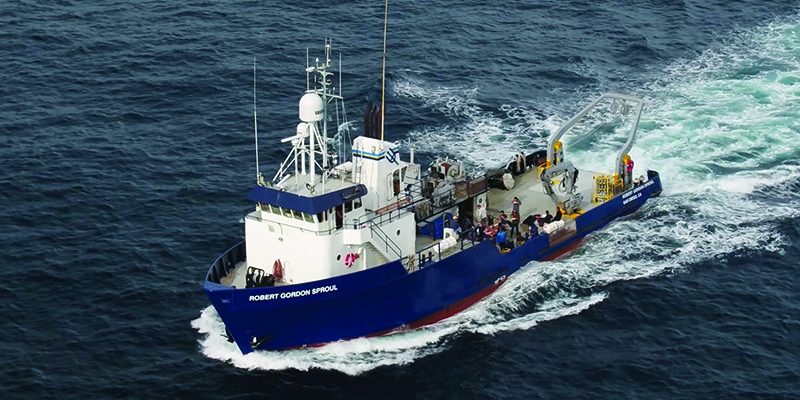 SAN DIEGO一 In a July 23 press release the University of California, San Diego revealed the Scripps Institution of Oceanography had been granted $35 million from the State of California to build a hydrogen-hybrid coastal research vessel.

According to Bruce Applegate, the associate director for the Scripps Institution of Oceanography, the new vessel will be a replacement for the 40-year-old Robert Gordon Sproul.

“This is intended to replace our little workhorse vessel named Robert Gordon Sproul, which is a 125-foot converted oil field supply vessel,” said Applegate. “And so, the primary mission that ship serves it’s really our little workhorse for taking students to sea here at Scripps Institution of Oceanography but also throughout California.”

The institution takes upwards of 400 students to sea throughout the year as part of supplementary education for lab work, but the vessel is also a part of a wider network that is open to scientists throughout California.

“Folks who are supported by the National Science Foundation, the National Oceanography Atmospheric Administration, and U.S. Geological Survey all have access to ships like Sproul,” said Applegate. “And eventually the new ship, which is operated within the U.S. Academic Research Fleet so it’s not just as at Scripps. We are a part of a much larger fleet of vessels that are organized through UNOLS which is the University-National Oceanographic Laboratory System.”

The new ship is also a part of the institution’s zero-carbon emissions goal and will have the ability to operate 75 percent of missions without generating carbon emissions.

In 2017 the institution began feasibility studies in partnership with Sandia National Labs, a federal research lab, to explore hydrogen energy systems as an option for maritime energy.

The goal was to explore reducing CO2 emissions as well as other pollutants and potentially create systems that were carbon neutral or even carbon-free on a large scale.

“We did a couple of feasibility studies just to see,” said Applegate. “…Our first study was could you build a truly carbon-free zero-emission vessel using something other than fossil fuels using technology that existed at the time. We started that project in 2017 and the answer was yes sure you could and we looked at not just the technical aspects of the propulsion but everything from safety, could you bunker the thing, how do you get fuel, can it be, what was the regulatory framework look like, all of that.”

The team took a couple of trips around the design cycle before coming up with a plan for a hybrid system that would utilize a hydrogen fuel cell system using polymer electrolyte membrane fuel cells (PEM).

The fuel cells use hydrogen mixed with oxygen and air to produce electricity and pure water and according to the Department of Energy website, the fuel cells produce almost zero-carbon emissions.

The conceptual plans for the vessel have a smaller hull which means that the vessel would not be capable of carrying as much hydrogen as is needed to meet the 2,500-mile range used on trips, the addition of a second fuel system, a diesel, and electric system, would allow the vessel to reach the mission goal.

The vessel is in the conceptual stage and the institution has set a three-year schedule to have the vessel up and running.

“We got a pretty aggressive schedule here,” said Applegate. “We’re saying we are going to do it in three the money gets here in October so you know we’ve got a conceptual design and we have conceptual renderings and drawings but really we need to spend the first year or so going through this and coming up with detailed designs so that’s the first step.”

Currently, the institution is putting together a set of teams for leadership and construction before engaging with naval architects.

“We will start working on the details of the design,” said Applegate. “We also have to work closely with the folks that are going to be using this vessel which are scientists and educators mostly at UC San Diego but also throughout the University of California.”

Applegate thinks this project could be a step forward in creating a zero-carbon emission future for maritime.

“I think there is a lot potential for this kind of power system to scale upward and be something that can be used on much longer duration and endurance vessels much bigger vessels as well,” said Applegate. “And really that’s key for decarbonizing maritime is moving away from fossil fuels to something like hydrogen that when produced at scale can be done sustainably with no carbon impact whatsoever.”