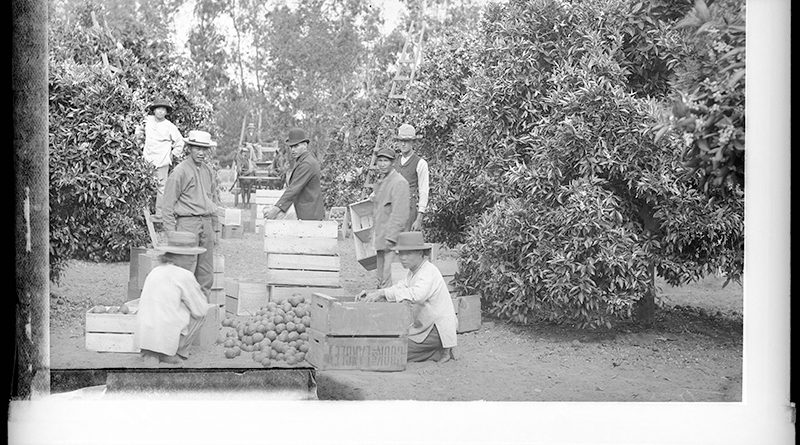 There is some confusion about how Orange County got its name. Orange County today was once the southern part of Los Angeles County before separating in 1889.

At that time of separation, there was not a single orange grove in what is now Orange County, only a few trees scattered around.

Oranges were not the major crop in the area as the citrus industry was in its infancy, and California’s major crops were grain and raisin grapes. So, the name was not chosen because of the crop, and it wasn’t named for the city of Orange, which at the time was considered Richland. Instead, the name was chosen because it sounded nice and mirrored the tropical feel that Southern California has, according to the Orange County Historical Society.

In those days, Southern California was promoted as a semi-tropical paradise; America’s Italy, our Mediterranean coast, and oranges fit that image. People already recognized that the trees did well in the California climate, but it was not until after 1900 that citrus became the area’s dominant crop.

By the time Orange County had separated from Los Angeles County, the local real estate boom had begun to settle down and to make matters worse, a blight destroyed many of the local vineyards. It was then that oranges started to dominate the local economy. The newly built railroads allowed fresh fruit to be shipped throughout the country. Local growers collaborated to form cooperative packing houses, and those cooperatives formed the Southern California Fruit Exchange, now known as Sunkist Growers, to market their crops.

By 1920, the citrus industry was employing about one-third of the local workforce, and several packing houses had been built in the area. The Santiago Orange Growers Association was the largest Valencia packing house in the world then. Their old packing house was later taken over by Villa Park Orchards and operated until 2006 and was the last citrus packing house to close in Orange County.

After peaking in 1948 with 67,000 acres of orange groves, orange cultivation dropped suddenly as the county’s population increased. As a result, orange groves all but disappeared, accounting for far less acreage than the strawberry plants and avocado trees they once vastly outnumbered. Today, only 76 acres of orange groves remain, even as the state remains responsible for more than a third of America’s oranges.

Today, orange groves can be found at the Irvine Ranch Historic Park, a 16.5-acre park that was once the world’s greatest producer of Valencia oranges.