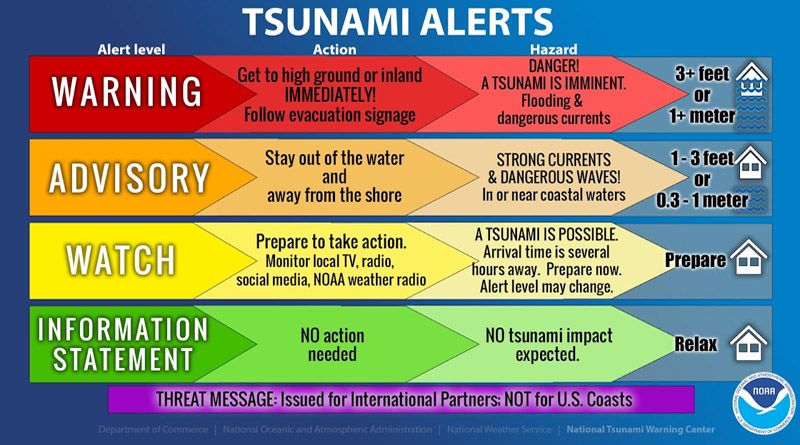 SOUTHERN CALIFORNIA— A tsunami warning was issued throughout Southern California on Jan. 15 after an underwater Pacific volcano erupted near the South Pacific nation of Tonga.

“A Tsunami Advisory has been issued by the National Tsunami Warning Center for the U.S. West Coast, including the San Diego County and Orange County coast.,” said the news release from Jan. 15, sent out by the Orange County Sheriff’s Department. “A volcanic eruption near the Tonga Islands of the South Pacific has generated a tsunami.”

Authorities spent most of their day urging people to avoid the beaches and harbors before lifting the closure around 9 p.m. The advisory was canceled in beach cities, including Los Angeles, San Diego, Santa Cruz, San Francisco, Newport, and Huntington Beach.

The area hit the hardest in California is assumed to be Santa Cruz Harbor, where the tsunami waves poured in at high tide, causing flooding throughout parking lots and streets.

According to Kristan Lund, a National Weather Service meteorologist in Oxnard, the advisory is “fairly uncommon” because a volcanic eruption caused it as opposed to an underwater earthquake and because it extended to the entire West Coast.

Lund claimed the whole coast was at risk, including portions of the island facing away from the volcano, like Avalon Harbor.

Early on Saturday, the National Weather Service said the tsunami was supposed to hit Monterey around 7:30 a.m. and San Francisco around 8:10 a.m. Southern California beaches were expected to be hit around 7:50 a.m. Officials announced that some coastal areas could expect one to two feet of waves.

The Orange County Sheriff’s department amended its news release hours after the advisory was sent out.

“The Tsunami Advisory has been lifted for Orange County,” said the amended news release. “Beaches, harbors, and piers have reopened. Although no significant coastal flooding occurred, strong currents and waves are highly likely to be dangerous to persons in or near the water. These strong currents may be hazardous to swimmers, boaters, and coastal structures and may continue for several hours. Residents are encouraged to exercise caution when in the water. Thank you to the community for your patience during this event.”