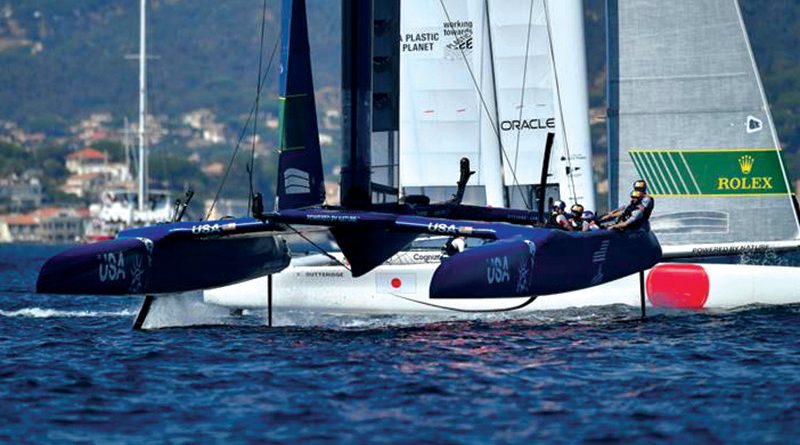 SAINT TROPEZ, France一 The U.S. SailGP Team qualified for its third podium on Sept. 12 at the France Sail Grand Prix, this bumped the U.S. team up on the leadership board putting them two points away from an overall first place for the SailGP Season 2 Championship standings.           According to a Sept. 12 press release from SailGP the team narrowly missed its first event win of the season, losing out to the Japan SailGp team after a large wind shift that favored the opposing team.

“It was a great race and a great regatta for our team,” said U.S. SailGP Team Driver Jimmy Spithill in the press release. “It was dynamic – there were lots of minefields on the racecourse and we need to give credit to Japan for sailing a great race. We had our chances to win the race but we’re happy with second overall.”

Another boost to the U.S. is the return of Wing Trimmer Paul Campbell-James who made an incredible return after sustaining a broken leg during practice runs in Denmark just three weeks ago.

All teams were also navigating a new 29-meter (95-foot) wing, which premiered across the league’s F50 catamarans, this is the largest wing ever flown in SailGP competition and is designed to provide greater lift in lighter winds.