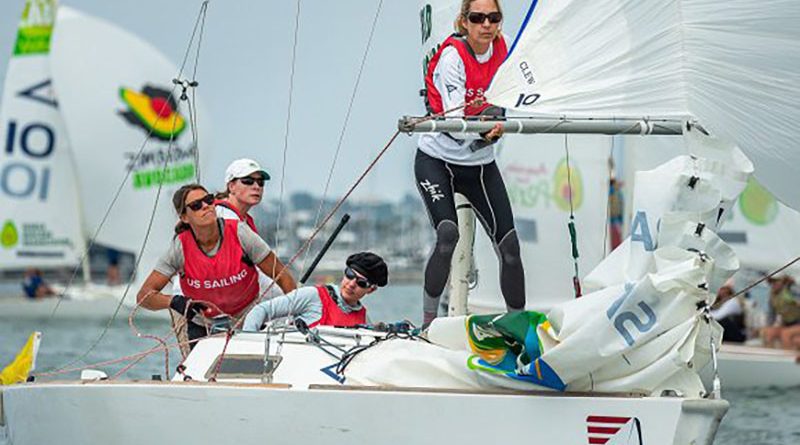 Zarkowsky’s team had the lead in the second and third races but they were carrying penalties they couldn’t get past for both races and Breault’s team ended up coming out on top with 3-0 and went undefeated in the championship.

Breault and her teammates Carpaiet and Loutzenhesier, raced together in the 2015, 2016, and 2018 championships making this their fourth career win as a team.

The team sailed perfectly in the Round Robin stage on Aug. 20 and won all nine matches before entering into the knock-out stage.

They went on the defeat the team representing California Yacht Club with 2-0 in the quarterfinals and followed up with another 2-0 win against the Chicago Yacht Club team in the semifinals.

“Our teamwork sailing the J/22s has been refined over the years,” said Breault in a US Sailing press release. “We were solid and could get our heads out of the boat to account for a lot of the fleet racing factors that happen in match racing.

Transitioning from light to windier conditions and reacting to pressure was the key to speed.”

Breault and her team have received an automatic invitation to compete at the 2021 U.S. Match Racing Championship hosted by Long Beach Yacht Club Oct. 1-3.

To see the full results and final standings visit https://www.ussailing.org/news/2021womensmatch/.