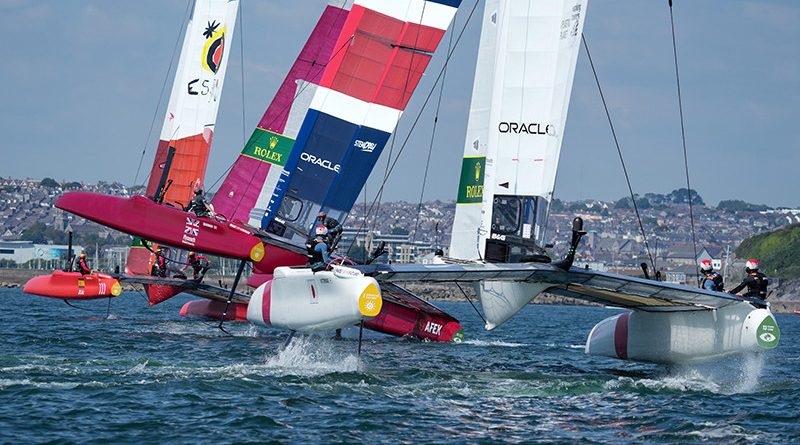 The team entered in at fourth-place and lost their wing-trimmer Paul Campbell-James to a broken leg early on and replaced him with interim newcomer Jason Saunders.

Saunders performed well on the first day and the team barely missed the podium by one point and were able to defend their fourth-place standing overall.

“Jason did a great job,” said U.S. Team Skipper Jimmy Spithill in an Aug. 21 press release from SailGP. “He was thrown in the deep end with very dynamic and random conditions and so we were just trying to keep our heads above water. To be honest, we’re happy to walk out of here and able to salvage fourth place.”

There are eight teams in the SailGP fleet and the top three teams at the end of the season will be able to compete for the $1 million prize at the championships “Grand Final” race that will be held at the United States Sail Grand Prix in San Francisco, March 26 and 27.

The top three teams are currently, Australia with skipper Tom Slings at 32 points in first place, Great Britain with skipper Ben Ainslie at 30 points in second place, and Japan with skipper Nathan Outerridge and 28 points holding on to third place, with the United States two points behind in fourth-place overall.

SailGP has athletes competing in identical hydro foiling F50 catamarans that can reach up to 60 miles an hour.

The next event will be the France Sail Grand Prix in Saint Tropez on Sept. 11 and 12. To learn more see https://sailgp.com.