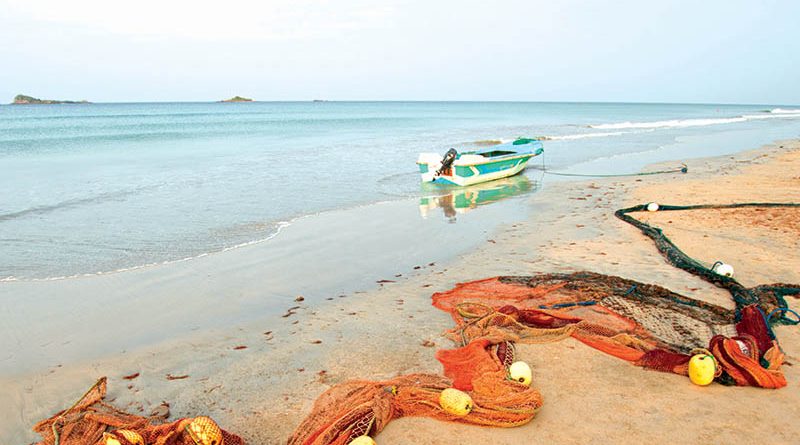 Testing has shown that as much as 98 percent of animals caught with deep-set buoys are swordfish and thrasher sharks, resulting in far less bycatch than large-mesh drift gillnets.

NATIONWIDE一 The U.S. Senate unanimously voted to pass the Driftnet Modernization and Bycatch Reduction Act on Sept. 14. The bill will phase out the use of large-mesh drift gillnets in federal waters off the coast of California, the only place where the nets are still used in the United States. In 2018 California passed a four-year phase-out of large-mesh drift gillnets in state waters. The new bill extends the protections to federal waters within the next five years. In addition, it will authorize the National Oceanic and Atmospheric Administration to help the commercial fishing and industry transition to more sustainable gear types, including a grant program to supplement state funds. The bill was introduced in 2020 and was vetoed by President Donald Trump on January 1. Large-mesh drift gillnets are between a mile and a mile-and-a-half long and can extend 200 feet below the surface, often tangling whales, dolphins, sea turtles, and other species that are not the target. According to a press release from Senator Diane Feinstein’s office, large-mesh drift gillnets are responsible for 90 percent of porpoise deaths along the West Coast.

“The Senate has once again voted unanimously to pass our bill, showing its broad support,” said Senator Diane Feinstein in a Sept. 15 press release. “Drift gillnets indiscriminately kill whales, dolphins, porpoises, sea turtles, and other marine animals. They have no place in our waters when more efficient, sustainable, and profitable methods are available. I’m working with my House colleagues to move this bill through their chamber and get it to the president’s desk as quickly as possible. It’s time to phase out these harmful drift gillnets.” The bill will phase out the use of nets and help the industry transition to equipment like deep-set buoy gear and hook-and-buoy systems. To read the full bill, see  https://bit.ly/3CV4qPH.