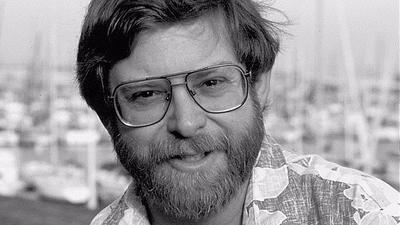 SAN DIEGO — Doug Peterson, a prominent yacht designer who was to be inducted into America’s Cup Hall of Fame later this year, has died. He was 71.

Peterson’s death was confirmed by San Diego Yacht Club, of which he was a member, Associated Press reported.

The yacht designer was part of the design team of two America’s Cup-winning yachts – America3 helmed by Bill Koch in 1992 and Team New Zealand’s Black Magic in 1995.

“We’re sad to share the passing of one of our longtime members, Doug Peterson, known as one of America’s most accomplished yacht designers of his generation,” a post on San Diego YC’s Facebook page stated.

San Diego YC announced Peterson’s planned induction into the America’s Cup Hall of Fame in March. He would be the club’s fourth member to be inducted into the hall, joining Malin Burham, Dennis Conner and Jack Sutphen. The induction ceremony was scheduled to take place aboard the USS Midway in October.

His Hall of Fame induction was based on Peterson’s successful yacht designs and accomplished sailing record.

“Doug Peterson is known as one of America’s most accomplished yacht designers of his generation,” the San Diego YC announcement of Peterson’s planned Hall of Fame induction stated. “Peterson has produced countless successful designs, ranging in size from 8 meters to over 30 meters.

Of course it was his design of two America’s Cup-winning yachts that earned Peterson the most praise.

“Peterson was the lead designer behind Team USA’s 1992 boat America3 and Team New Zealand’s 1995 America’s Cup boat Black Magic, which became one of the most powerful and prevailing boats in America’s Cup history,” San Diego YC’s announcement of Peterson’s Hall of Fame induction stated. “Black Magic was successful because Peterson included a narrow beam and positioned the mast further aft than traditional America’s Cup yachts at the time. It was also the way he approached the design of the boat, by thinking about the boat as a whole rather than separate parts, which made the design different from previous America’s Cup boats.”

The website boatinternational.com features 35 of Peterson’s boat designs – including his most recent work, Jongert 3200P. The 105-foot sailing yacht, built in 2015, featured an aluminum hull and has a top speed of 12.6 knots.

Peterson is reportedly survived by his four children.