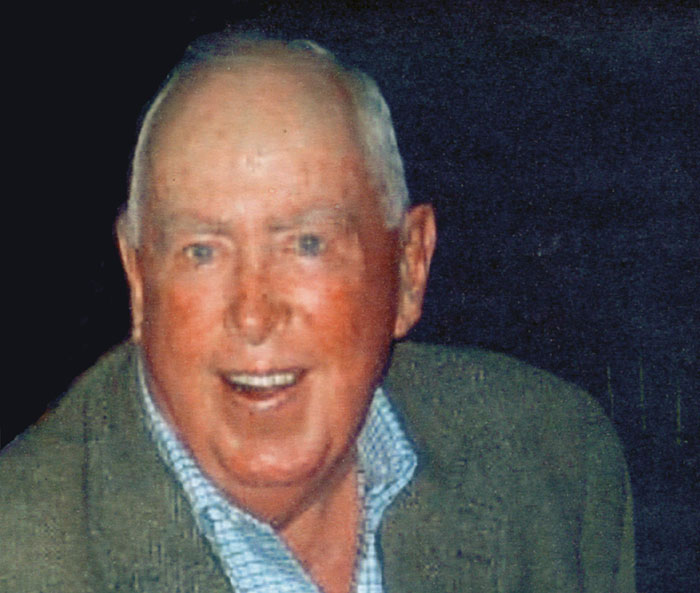 NEWPORT BEACH — Services are scheduled on Aug. 21 for Ed Cox, a longtime Southern California marine industry veteran, who died at his home on Aug. 14. He was 79.

Cox was president of Cox Yacht Insurance Agency in Costa Mesa, having founded the firm about 30 years ago. In the past, he had been Hinckley Yachts’ Southern California dealer for 15 years, as well as a dealer for Peterson 44 sailboats.

The Brookline, Massachusetts native had a long history in boating in the Newport Beach area. He first came to Newport Beach in 1959 and worked at Newport Dunes, supervising outboard engine repair. He later became one of the area’s best known yacht brokers.

In the 1960s, he founded the first sailing club in Newport Beach — “and possibly the first in Southern California,” recalled Brad Avery, director of the Orange Coast College School of Sailing and Seamanship program.

“The sailing club was a unique concept, where you pay dues, accumulate time on the water (through instruction) and then qualify to take boats out sailing,” Avery said. “He had a fleet of Cal 25s.”

Avery went on to work for Cox for several years and eventually became a sailing instructor for the club. And he and Cox became lifelong friends.

“Lido Village was a real community back them, and Ed was one of the main characters,” Avery recalled. “He was a real storyteller with definite opinions about the world. He was outspoken and quick to laugh — and he was fun to be around.

“He was my first real mentor in the sailing world,” Avery added. “I remember watching how he would handle people: He had a way of not looking in the rear view mirror — and if he ever ran into people who were difficult to deal with, he would never let them get him down. He was a very generous guy, especially in spirit.”

About a year ago, Cox donated his own boat, a Hinckley Bermuda 40, to the OCC School of Sailing and Seamanship, Avery said.

Another of Cox’s close friends, yacht broker Wayne Rodgers of W.D. Rodgers Co., said that after he moved to Newport Beach in 1985, he and Cox had lunch together almost every day. “In the early days of my business, I would talk to him about many issues that came up — and he acted as my mentor, in many respects.”

Rodgers said he always appreciated the fact that Cox was exceptionally honest, direct and never afraid to express his opinion about anything.

“He was irascible — and he had a wicked sense of humor,” Rodgers said. “He was very funny.”

Rodgers shared one of his favorite stories to illustrate Cox’s unique sense of humor.

“Ed had a very pretty racing sailboat named Cerulean — which is a robin’s egg blue,” Rodgers remembered. “He was thinking about changing the color and the name of the boat. He talked at length with his wife, Kathy, and others about it, as he was considering painting it black and calling it ‘Black Irish.’

“Well, a friend of his who had heard him talking about that decided to order a very nice set of old-fashioned glasses — from a well-known company that sells nautical jewelry — and they were each etched with the profile of Ed’s boat, with the name ‘Black Irish’ underneath,” Rodgers said.

“When Ed got the set, he thanked him, and added, ‘That’s the most expensive gift I’ve ever gotten in my whole life. In fact, it just cost me $8,000 — because now I have to paint the boat,” Rodgers recalled.

Cox is survived by his wife, Kathy; his son, Ted, who worked with him at Cox Yacht Insurance Agency; his son, Mike; his daughter, Ann; and four grandchildren: Dylan Johnson, Akaila Johnson, Nathan Cox and Ryan Cox.