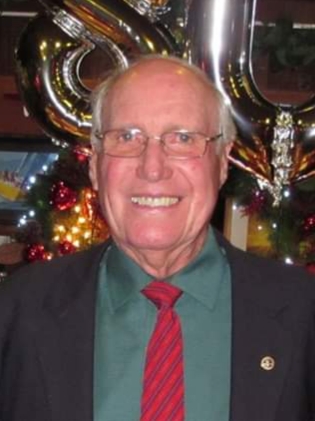 SAN DIEGO—William “Bill” Shakespeare, who held several positions during his 50-year career in the boating industry, died on Feb. 4. Shakespeare had been battling an illness for quite some time. He was 85.

Shakespeare made a name for himself selling boats. He eventually connected with John Knight, founder of Knight & Carver, and joined the custom yacht builder for 25 years. Afterwards he moved on to Northern Lights as Business Development Manager before landing at Selene California.

Before then he crewed sportfishers navigating the waters between San Diego and Mexico. It wasn’t long before he was captaining those navigations.

At one point Shakespeare was introduced to Bob Peterson, a broker at Fraser Yachts’ San Diego office. Along the way Shakespeare met Interpac Charters founder Bob Parsons (and his wife, Bev) and Mikelson Yachts owner Dick Peterson. Shakespeare spent a lot of time fostering those friendships, according those who were close to him,

Shakespeare hailed from the East Coast, graduating from a high school in Hollywood, Florida and the University of Miami.

Enlisting in the U.S. Coast Guard brought Shakespeare to the West Coast, where he served at the Point Loma Lighthouse.

Shakespeare spent the final 18 years of his life with his long-time girlfriend, Suiko; she helped take care of Shakespeare during his illness.

A private ceremony honoring Shakespeare’s life was held on March 7. His ashes were spread at sea, just off the Point Loma Lighthouse.

One thought on “In Memoriam: Bill Shakespeare”