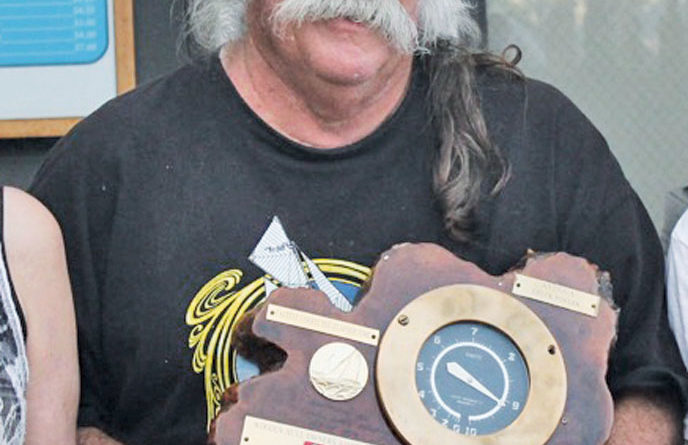 Gilbert passed away Oct. 15 in Los Angeles after battling a long illness. He who created 58 kinetic sculptures of various size, selling 50 of those pieces, many of which are on display in museums and galleries worldwide.

The boat builder wrote and narrated the 1969 Oscar-winning short documentary film, “Magic Machines.” The film also won the Prix Corte de Film at the Cannes Film Festival and was subsequently packaged with “Easy Rider” and distributed by Columbia Pictures.

He had a storied career as an architect, involved with building or designing houses for Don Henley, Sam Elliot, Katharine Ross, Joe Walsh, Cheech Marin, Kareem Abdul-Jabbar, Herb Alpert and Bob Dylan among others.

Gilbert nurtured his lifelong passion for wooden boats by building a 45-footer for himself, Bequia, and a 65-footer for Dylan, according to his personal website. He is best known for his gaff cutter Bloodhound, a 98-foot replica of an 1874 William Fife design. He splashed her in Ventura in 1993.

The boat was a successful racer before becoming a charter boat in Puerto Vallarta, Mexico, serving as a whale watching vessel from 1998 to 2012. After a six-month stint in the yard the boat continued her winning ways.

Gilbert is survived by his wife of 17 years, Valerie, four grown children and several grandchildren.

7 thoughts on “In Memoriam: Bob Gilbert”