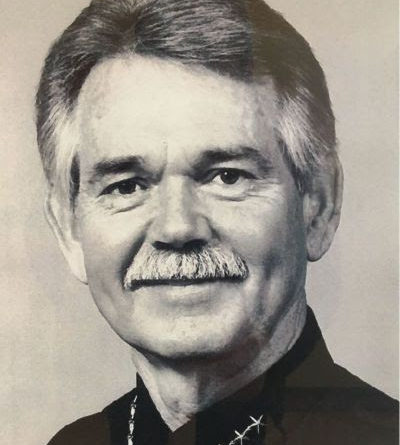 Hall, a former chief of the Port of San Diego’s Harbor Police, died on Dec. 6.

SAN DIEGO—David A. Hall, who served as the Port of San Diego’s Harbor Police chief between 1999 and 2003, has died, it was announced. Hall passed away on Dec. 6 after a months-long battle with cancer, according to the port district staff. He was 78.

He also spent 30 years serving with the San Diego Police Department, where he was a captain. Yet his relatively short stint with the Port of San Diego Harbor Police came with set of realities: Hall was the chief during 9/11.

Developing professional training and fostering leadership concepts within the police department were Hall’s priorities, but he also took on an initiative in light of the Sept. 11 terrorist attacks. Hall specifically worked with port district staff and the Harbor Police to “develop a homeland security program to ensure officer and public safety.” The federal government recognized Hall’s efforts, as the Department of Homeland Security awarded him with a Distinguished Public Service Award.

“Chief Hall’s legacy continues in the men and women he hired, many of whom have risen to positions of leadership in the Harbor Police Department,” Harbor Police Chief Mark Stainbrook said in a statement released by the port district. “Chief Hall diligently mentored, coached and inspired these leaders to be highly trained and competent police professionals. He will be dearly missed.”

Hall also spent six years as a law enforcement consultant and bureau chief with the California Peace Officer Standards and Training. He also spent time working with the Center for Leadership Development, an organization focused on analysis and development of leadership, management and supervisory courses, programs and workshops.

Other stops along Hall’s public service career: interim director of public safety for Fresno Yosemite Airport; senior police advisor for Montenegro; federal grant project director for public safety issues along the U.S.-Mexico border; interim police chief for the city of Emeryville; and, 11 years as an independent contractor for a security firm.

Hall was also an elected retiree representative of the San Diego City Employees’ Retirement System Board of Trustees and president of the City of San Diego Retired Fire and Police Association.

There are plans for a memorial service in January 2020.