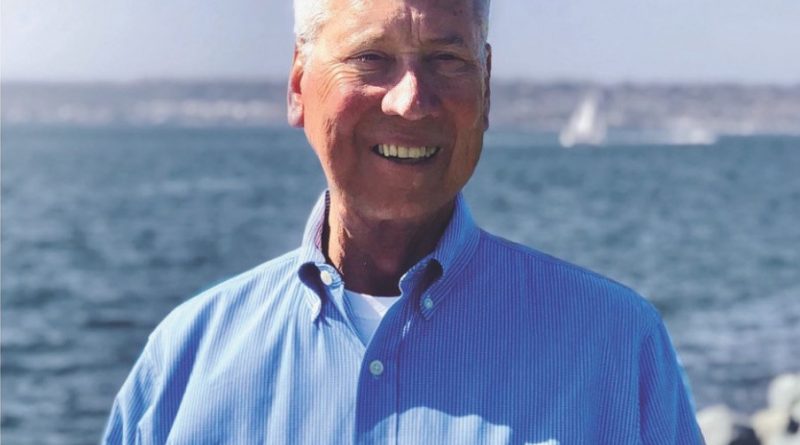 SAN DIEGO—Will MacIntyre, a member of the Sun Country Marine Group sales team, has died. He passed away on Aug. 20. His colleagues spread his ashes in San Diego Bay on Sept. 9.

A memorial website was set up for MacIntyre on GatheringUs.com. The website included an obituary, photo section and an area for memories/condolences.

“Big Will, I know you are reading these in between boat rides. You must know how much you are missed and loved,” Jim Reopelle wrote on the website. “You and I became instant friends when you sold me The Palace and we had lots of laughs and drinks on the water, at football games, and trying to find a reliable boat mechanic (still looking). Maybe we’ll find one when I see you again old friend.”

MacIntyre, on the GatheringUs.com website, was described as “larger-than-life.”

“Will MacIntyre was a man who cast a large wake in life, in both the literal sense doing what he loved most out on the water, but also figuratively in the hearts and lives of every person who had the pleasure of knowing him,” the obituary on GatheringUs.com stated. “When you live as thoroughly as Will, you don’t depart this life without leaving a vast pool of loved ones soaking up every ripple of your cherished memory.”

Bernadine Trusso, who works with Dona Jenkins Maritime Document Service, sent an email to San Diego’s maritime community the morning after MacIntyre’s passing and stated he died peacefully, while surrounded by his family.

A statement from Greg Glogow, the executive vice president of Sun Country Marine, was included in the email.

“Will was the ultimate closer, he was as good as it got, and I learned more from him over the past two years, than I have from many throughout my lifetime. However, as good as Will was at selling, he was better at living. Will was the most positive person I’ve ever met, literally,” Glogow said. “Will lived on the principle that ‘attitude is everything’ his late struggles were a constant reminder that we all have problems, some we can’t control, but what we can control is our attitude, and it’s amazing the power of a positive attitude.”

The spreading of the ashes on Sept. 9 took place at the SD-1 buoy. Flowers and biodegradable items were released during the burial at sea. A potluck and bonfire reception were held later in the day at Ski Beach.