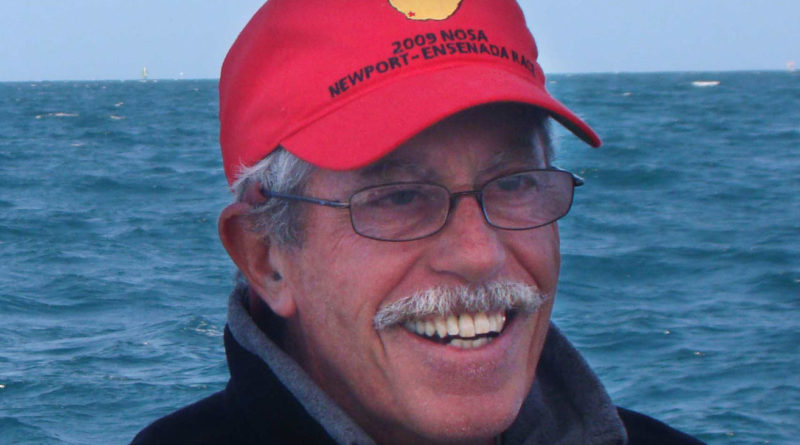 MARINA DEL REY – George W. Biddle, a staple in the racing community and master shipwright, has died. He was 71 years old.

Biddle passed away April 18 in Baldwin Hills after being diagnosed with a malignant brain tumor in July 2014.

“He was just the most passionate man I ever met,” said longtime friend Kathy St. Amant who sailed with Biddle for the last 15 years. “Sailing was everything.”

Biddle was known throughout the boating and racing community not only for his talent in woodwork and at the helm, but also for his ability to teach women the ins and outs of the sport. Many a novice stood at the helm of his boat, Prometheus.

“His key thing was to bring people into racing; he was a very large advocate for women sailors,” St. Amant said.

Biddle, a U.S. Coast Guard 50-ton captain, put many women at the helm and operated under an open boat policy on Wednesday nights where he welcomed women sailors onboard.

“George trained many sailors into avid, experienced racers,” she said. “It was just who he was.”

Born on Jan. 23, 1944, Biddle served as a coxswain in the U.S. Navy before traveling and eventually making his home in Marina del Rey where he lived aboard his Hunter 35.5, Prometheus.

“He was racing his home every time he went out there,” said Tom Kennedy, who crewed with Biddle several times in the last five years. “To do that well in a cruising class is pretty phenomenal.”

Kennedy and St. Amant, who served as co-skipper, crewed with Biddle on his last Newport to Ensenada race in 2009.

Biddle was an active member of South Coast Corinthian Yacht Club and South Bay Yacht Racing Club. He was also a past member of the Santa Monica Windjammers YC.

In 2014, Biddle fought to have a PHRF style scoring system for Cal YC’s Wednesday night Sunset Series Cruising classes, which at the time was relying on a sliding Cruising Class handicap rating system, St. Amant explained. Friends of George Biddle from his South Coast Corinthian Yacht Club deeded the George Biddle Perpetual for Non-Adjusted Cruising Classes A & B in his honor.

Biddle won the Marina del Rey to San Diego Race four times, took First in Class in the 2011 Newport to Ensenada race and was awarded several other trophies and wins throughout his racing career.

A GoFundMe page was launched for Biddle where he received an outpouring of generosity and kind words for the beloved racer. The sailing community, friends and loved ones helped raise $12,100 for the sailor’s medical and living expenses. Prometheus was also sold to help cover the costs.

“Everybody loved George,” Kennedy said. “He was really, really easy to sail with.”

Biddle is survived by ex-wife Lynn Mckinley and his son, Tyler Biddle.

A ceremony at sea will take place at 11 a.m., June 13 at South Coast Corinthian Yacht Club, 13445 Mindanao Way in Marina del Rey; celebration to follow at 1 p.m. If you have a boat or would like to go out on a boat, please email vicecommodore@sccyc.org.

RSVP to Tyler Biddle at tylerbiddleb@gmail.com.