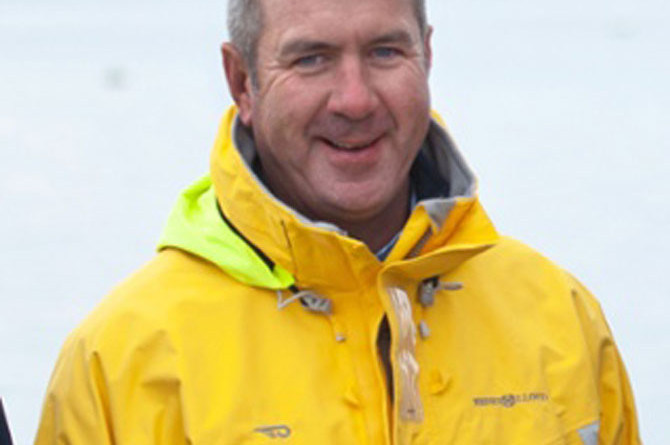 Jim McManus, president and CEO of the Hinckley Company, has died. He was 52.

McManus, who was appointed to his “dream job” as CEO of the company in June 2007, passed away Nov. 24 after a long battle with cancer.

The New Englander worked tirelessly to see the company through its darkest times in 2008-2009, and was the consummate optimist finding the best in everything and brought out the best in others, according to a tribute published on the company’s website.

“Jim was instrumental in attracting new investment to Hinckley in 2010. The company developed and launched a series of five highly successful models and acquired Hunt Yachts in 2013 under his leadership. Hinckley today is very much a part of the Jim McManus legacy,” the tribute stated.

McManus was a graduate of Yale and Harvard Business School. He worked in corporate finance with Lehman Brothers and management consulting with McKinsey & Company prior to joining the Hinckley Company. While at the Aramark Corporation, he served as president of three operating divisions and later served as president and CEO of the Zoots Corporation.

He was an avid boater who loved to spend weekends aboard his Hinckley Talaria 44.

McManus lived in Charlestown and Hyannis, Mass. He is survived by his wife, three children, his parents and sisters.

“The Board of Directors and the employees of the Hinckley Company mourn the passing of their friend and CEO,” the company said in a statement.

A wake and mass was held in his honor.

In lieu of flowers, donations will be welcomed for a scholarship fund in his honor. Visit info.hinckleyyachts.com/jim for more information.