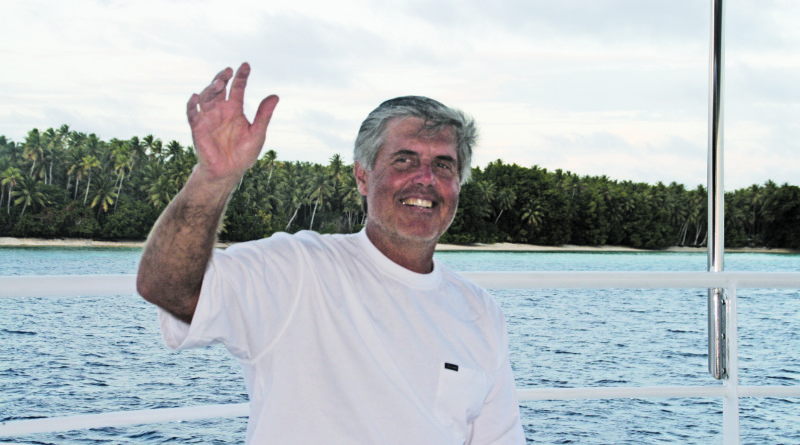 NATIONAL CITY — John Grimstad, who owned and operated Pier 32 Marina in National City, has died. He was 71.

An obituary published in the Carmel Valley News on Jan. 7 stated Grimstad passed away on Dec. 23, 2015 at his Solana Beach home surrounded by family.

Boating was introduced to Grimstad by way of his father, who reportedly emigrated from Norway to the United States and served as a boat captain. Grimstad, himself, participated in transpacific sailboat races and landed a pontoon plan onto Lake Tahoe, the published obituary stated.

Pier 32 Marina was a mainstay during Grimstad’s final years. He and his family were credited with bringing the 250-slip marina to National City; it was the first marina built in San Diego Bay this century. A Port of San Diego board member publicly acknowledged Grimstad’s contributions to Pier 32 Marina becoming a reality when it opened in August 2008.

News reports stated Grimstand was awarded a 40-year lease for Pier 32 Marina in 2003. He reportedly combined his Norwegian heritage with National City’s history to inspire the marina’s design.

Plans have been in place to complement Pier 32 Marina with a waterfront center. A 173-room Best Western hotel was also built on the National City nearby, helping spruce up the industrial municipality’s waterfront.

Grimstad was born in San Pedro on Nov. 20, 1944. He is survived by his wife, five children and 13 grandchildren.