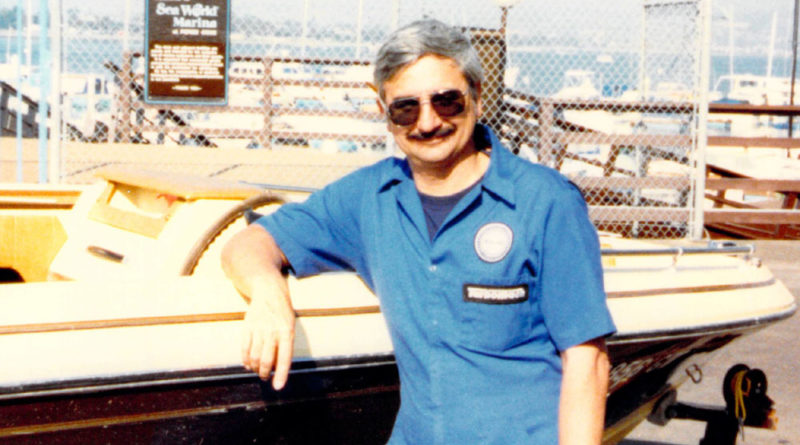 Lester died quickly and unexpectedly May 22.

According to Ron Gullan of Yachtfinders/Windseakers, Lester could be found driving one of his classic convertible Jags when not surveying.

Lester was a graduate of the California Maritime Academy class of August 1957 with a Bachelor of Science degree in Marine Engineering, and held an MBA from National University, class of 1976.

The child of Portuguese immigrants, Lester grew up in the maritime industry in San Diego. His family has generations-long involvement in the commercial fishing industry and he fished with the fleet in his early years. Ever tied to the sea, he ventured into the merchant marine, eventually to the U.S. Navy, and settling in his civilian life as a professional marine surveyor, which he did up to the day he passed.