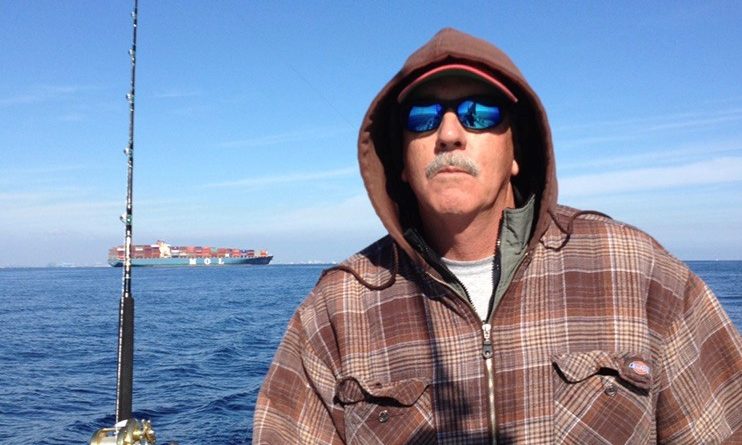 ORANGE—Linus Ralls passed away on July 24, at his home in Orange, California from natural causes due to acute thrombosis.

He was one of the world’s great sailors, a loyal friend of many in all walks of life, a jokester and teller of great stories, including some that were sort of true. Any boat he was on was faster and also happier as a result of his presence. Linus could do it all on a boat: drive, trim, foredeck, tactics, first aid, cook, rigging, repairs, paint, and deliveries. He was such a good fisherman that on long races he was the one person onboard that could hook a bonito or a mahi in the ten minutes of “go slow” allotted for catching dinner.

Linus also had a knack of coming up with ingenious solutions to fix difficult problems using only the materials on board and a few items from a small repair kit he always carried. Busted vangs, traveler blow-outs, electrical or hydraulic failure, collision repair and the other sorts of things that take a boat out of a race were not going to stop a boat with Linus aboard. And for really serious problems, like sinking or dismasting, Linus was the one guy you wanted to have aboard.

Ashore Linus worked as a carpenter, master gardener, painter, boat maintenance worker and an all-around fix-it guy. He was not a conventional career type, preferring to work on his own schedule allowing him to drop everything and go off on a race, a fishing or dive trip, or a side gig he had working for a timber grower on remote Canadian islands. He loved the British Columbia coast as it combined all of his passions: fishing, boats, working hard, wilderness, wildlife, problem solving and being around people who knew, as he did, how lucky they were to be there.

Linus competed in several Transpacs and Mexico yacht races. He also appeared in countless Coastal Cups, Big Boats and prestigious buoy and offshore races in the U.S., Mexico and Canada. He raced on all kinds of boats, big and small, and they all had a habit of winning.

Linus never married and had no children. His parents and a brother predeceased him. Not particularly religious, Linus once told a skipper, “Every time I am first around the weather mark and get a clean set in clear air, I know there is a God and a Heaven.”

Farewell dear shipmate Linus. You were such a good friend to so many of us in so many ways. We know you have rounded your last mark with a good set in clear air and you entered heaven with a big lead and a smile on your face.

Editor’s Note: This obituary (and photo) was submitted by Kurt Andersen. It was mostly kept intact, with minor edits.