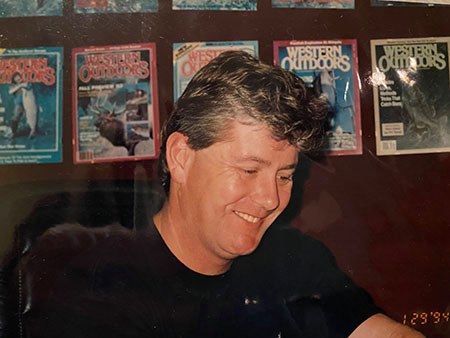 SAN CLEMENTE—Robert ‘Bob’ Twilegar, the owner, CEO and president of Western Outdoor News, died on Dec. 30, 2019. He died of a stroke. Twilegar was 65.

Bob Twilegar joined Western Outdoor Publications when he was 21. His father, Burt, founded the media company in 1954.

“Bob started at Western Outdoor Publications when he was 21, leaving college and his pursuit of a business degree,” an obituary of Twilegar on Western Outdoor News’ website stated. “At first, Bob’s job was to clean up the accounting, but soon that developed into managing the company. As Burt battled cancer that would ultimately take his life, Bob’s role expanded. When Burt passed away in 1992, Bob took on the title of president and CEO.”

Bob Twilegar was an angler and hunter, spending his time on the ocean with a reel. He spent his childhood hunting doves in the Imperial Valley, according to the Western Outdoor News obituary.

Lori Tweligar also penned an editorial about Bob Tweligar, calling him an “icon.” She said Western Outdoor News would continue its business as usual.

“Western Outdoor Publications icon Robert Twilegar has passed, and while we deeply feel his loss, we are resolved in his name to make the company better than ever,” Lori Tweligar wrote in her editorial. “It is business as usual at our office, the way Bob would have wanted it.”

Western Outdoor News is a weekly publication covering fishing and hunting in California. The company also puts on the Los Cabos Tuna Jackpot and other fishing tournaments. WON, as the newspaper is often referred to, is published in North and South editions.

One thought on “In Memoriam: Robert ‘Bob’ Twilegar”