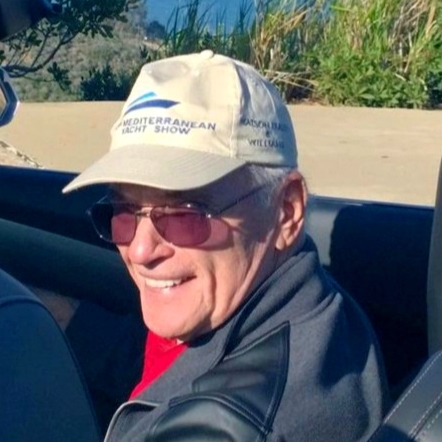 Former yacht and insurance broker also worked as a captain and volunteered in public service.

SAN DIEGO—The Southern California boating community has lost another titan of industry, as Robert Parsons, a former yacht broker and captain, has passed away. His age was not shared with The Log at the time of publication. He died on Jan. 23 after a battle with dementia.

Parsons joined the Navy when he was 17 and served aboard a submarine in Asia and the Pacific Ocean. He returned to San Diego, where he began working as an electronics instructor. His military career lasted for 10 years before Parsons transitioned into a second career as a yacht captain.

His days as a yacht captain would take him to Mexico, where he met the lady who later became his wife, Beverly. They teamed up and worked aboard charted boats or private yachts up and down the West Coast during a five-year stretch.

Parsons moved on to become a captain and navigator aboard a long-range tuna boat, but he would return to San Diego, where he joined Fraser Yachts in 1980. There he worked as a yacht and insurance broker – and alongside Beverly. Robert and Beverly would, under the banner of Fraser Yachts and Driscoll Yachts, create Interpac Yachts. The couple would ultimately leave Fraser and Driscoll to operate Interpac on their own.

Parsons, personally, was an animal lover and into skiing, ballroom dancing and Latin dance. He was also quite the handyman, according to his wife.

Parsons is survived by his wife, Beverly, his siblings, and his nieces and nephews.

A private farewell service will be held in Parsons’ honor. The family has scheduled a Celebration of Life at Brittany Tower Social Room in San Diego, from 2-6 p.m. on Sunday, Feb. 9.