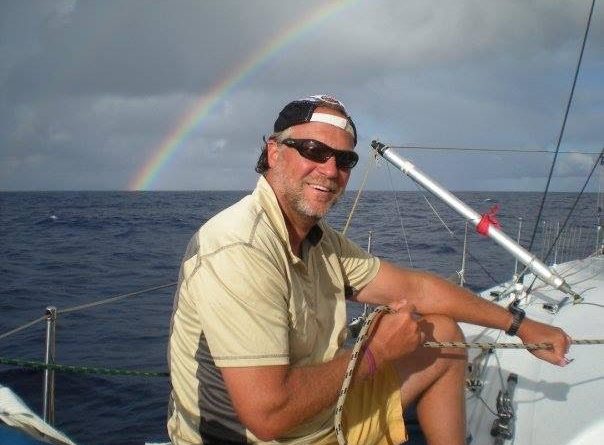 NEWPORT BEACH — Scott Poe, a beloved local sailor based in Newport Beach, died unexpectedly at the end of April, just days before his 55th birthday.

Poe was born on May 3, 1963 and raised in San Francisco’s Bay Area. He had been sailing since the age of three. His father, David Poe and stepmother Kitty James, were the founders of the now defunct boating publication, Santana Magazine, which was bought out by Latitude 38.

Heavily involved in the sailing community, Poe had participated in many races and loved teaching young sailors. During his college years, he was the captain of the University of Hawaii and San Diego State sailing teams. Of the many local and long-distance races he participated in, just a few to name were the Pacific Cup, Transpac, L.A. to Tahiti, Newport to Cabo and Ensenada, sailing more than 60,000 nautical miles and securing at least two national championships. He was associated with Balboa Yacht Club and was a distinguished member of Bahia Corinthian Yacht Club in Corona del Mar.

For several years, Poe was a team member of JK3 Yacht’s Newport Beach location where he helped clients find the right boat for their needs.

During the months up to his passing, Poe had been working with Orange Coast College’s offshore sailing program. According to his wife, Cheri Curry-Poe, what he loved above all was teaching others and with his experience as a Coast-Guard-certified captain, he was passionate about helping others learn about life on the water. In the summer, Poe was slated to return as an instructor for the school.

Family and friends surrounded Poe at the time of his death, navigating him toward his next big sailing adventure.

Poe is survived by two sons from his first marriage, Zachary and Jake Poe, his son Miles Vinikow from his second marriage to wife of 11 years (Cheri Curry-Poe), stepson Mike Dopeso, a brother Rudy Poe and sister Dana Kim. Also, Poe is survived by many in his sailing community who wish to continue his legacy of love, kindness and enthusiasm for boating.

To help cover Poe’s final medical and other expenses, a friend Jim Tyler set up a Go Fund Me page with all proceeds going directly to his family.

On the page, it stated, “As some of you know, our gentle giant Scott has passed away, he is on to his next journey. He will be missed very much and we all are thankful for the time spent with him.”

A memorial service is being planned for the end of July to celebrate the life of this sailor who embodied the “Corinthian spirit.”