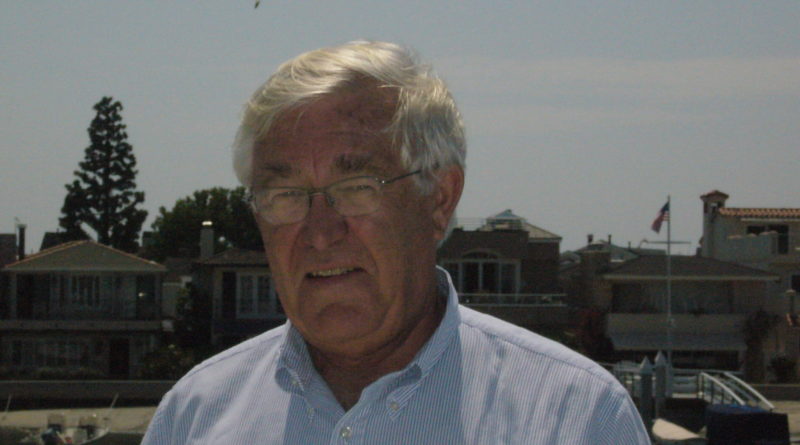 NEWPORT BEACH — Boat broker and avid sailor Wayne D. Rodgers died, May 9, a little more than one month after his 70th birthday. His daughter, Elizabeth Rodgers Horan, and son-in-law, Nicolas Horan, survive him.

Rodgers was born in Philadelphia on April 4, 1948. He most recently operated his own firm, W.D. Rodgers Co., where he serviced boat-buying clients in Orange County.

The Log received the following narrative of Rodgers’ life from Bunker Hill:

“As a young man Wayne was in the boy scouts reaching the level of Eagle Scout. He attended Arcadia High School, played trumpet and walked in the Rose Parade twice. He was a graduate of UC-Santa Barbara and spent time after graduation coaching the sailing team. Wayne was an avid sailor making the Olympic Trials, Crossing the Atlantic to Portugal and Spain, sailing through the Bermuda Triangle, Cruising through the Virgin Islands, West Indies, competing in the Honolulu race (Transpac), Cabo Race, Puerto Vallarta Race along with races on the Great Lakes and throughout Southern California.

“But known to most of us a yacht broker. He started his career selling yachts in Santa Barbara; his style, class and integrity caught the eye of crew at Ardell Yachts in Newport Beach.   “Having a successful run at Ardell, after 17 years he started his own firm, W. D. Rodgers Co., where he continued to represent his clients with a level of professionalism and integrity rarely seen in the industry.

“Wayne always enjoyed a good sea story, talking about your kids or his own, a good joke, some local gossip, but when it came to business, his focus and detail were well above the industry standard.

A celebration of Rodgers’ life is in the works and will likely take place during the summer; details will be released from the family as soon as arrangements are made.

4 thoughts on “In Memoriam: Wayne Rodgers”