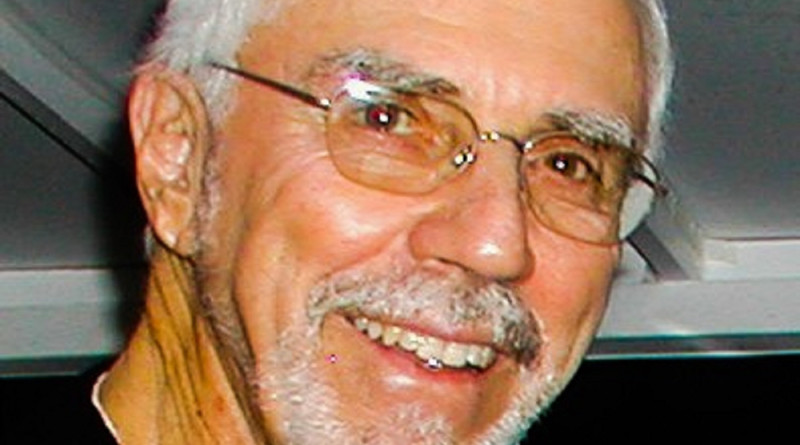 SAN DIEGO — William Roberts, fondly known as “Wild Bill,” a well-recognized and loved fixture on Shelter Island for 34 years, has died. He was 91.

Roberts was a lifelong Southern California resident and a great contributor to, and an iconic figure in, the marine industry for more than 60 years, right up until his hospitalization two weeks before his death on Aug. 16, 2016.

Born on Jan. 3, 1925, he joined the United States Navy in 1942, served in the Pacific Theatre during World War II, and was honorably discharged in 1946. After the Navy, he worked in car sales, moved to yacht sales, and then found his lifelong passion in the recreational boating industry. His early experience included ownership in Long Beach Marina Shipyard, King Harbor Marine Center in Redondo Beach, and the boatyard at Huntington Harbour. He then moved to director of sales, service, and waterfront facility purchases for American Marine Ltd. in Newport Beach. In 1975, he and a partner purchased Hana Kai Landing in Mission Bay, developed the property, and named it Mission Bay Marina.

In 2014, with Roberts at the helm and to accommodate the changing yacht repair market, Shelter Island Boatyard entered into a new long-term lease with the Port of San Diego. The lease required major improvements, which included the addition of two new 90-foot piers and contiguous dry-dock area, and two state-of-the-art, remote-controlled gantry cranes with flexible maneuvering and capacities of 75 and 150 metric tons.  Always active in marine industry affairs, Roberts helped establish the San Diego Marine Trade Association to bring the annual boat show to the San Diego Convention Center. He also provided assistance to organize another key annual event with a huge community impact; in fact, the boatyard coined the name “Operation Clean Sweep”—one of the largest environmental cleanup efforts on the West Coast in which volunteers remove trash and debris from the San Diego Bay shore and underwater. He was also an active San Diego Port Tenants Association Board Member for 11 years at the time of his death.

Over the past few decades, Roberts provided personnel and significant resources to experiment with boat bottom coatings that were free from toxic materials, including ozone-depleting materials. Many boats in San Diego harbor now use these improved coatings.

He resided in Del Mar for more than 30 years with his wife Susane; he is also survived by his children from previous marriages: Denise Bressers, Cheryl Crothers, Joseph (Robbie) Roberts, and Valerie Roberts; his stepchildren: Justin McGough and Shana McGough; his grandchildren: Clayton Crothers, Brent Roberts, Michelle Roberts, Shelby Roberts, and Elliot Stewart; and his great-grandchild, Tora Crothers.