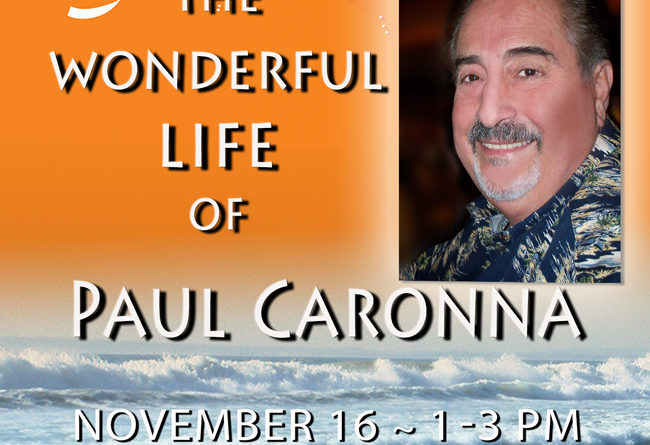 STORY UPDATE: A celebrate of life will be held on Nov. 16 from 1-3 p.m. at one of Caronna’s favorite hang outs, Fiddler’s Green, 2760 Shelter Island Dr., San Diego. A scattering of ashes and flowers will follow.

POINT LOMA—Paul Caronna, a Point Loma yacht broker known by many for his love of blue marlin fishing, has died. Caronna’s friend of nearly 40 years, Mary Ann Prall, said he passed away peacefully Aug. 27 from chronic respiratory failure. He was 78 years old.

Corona spent more than 20 years on his yachts, fishing in Cabo and the islands of San Benedito, Sicorro and Clarion, Prall said.

“Those who knew him will tell you he was one of the best blue marlin fishermen in the world,” Prall said.

Caronna came from a big Italian family and grew up in Southern California. Caronna spent his high school days working for Chrysler and advanced to building race engines. In about 1990, he got into the yacht brokerage business, where he spent about 25 years as a yacht broker with Scott B. Jones. Prall said he also started a monthly broker’s forum which still meets in San Diego today.

In a story Caronna wrote about reeling in an 850-pound Pacific blue marlin with Prall in 1983 off the shores of Cabo, he traced his love for fishing back to 5 years old.

“…at that young age, only two things got my attention: fishing and cars,” Caronna penned.

He said in the story when he was young his father took him to Ocean Park pier in Santa Monica to fish. When his dad died when he was 13 years old, he said his mom took him down to the Redondo Beach pier to fish. He spent the rest of his life fishing and in 1983 caught an 850-pound blue marlin.

“After looking how big this fish was and how just the two of us with no crew managed to board this fish made me think a little about life as a fisherman,” Caronna wrote.

Prall said Caronna loved his two sons, Paul Jr. and Frankie, his Rolls-Royces, the Bellagio and going to dinner at his favorite restaurant, Fiddler’s Green.

“Paul lived a magical and fabulous life, fueled by his love of the sea,” Prall said. 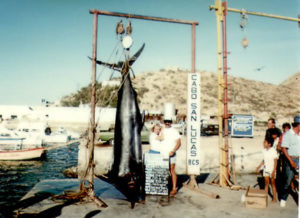