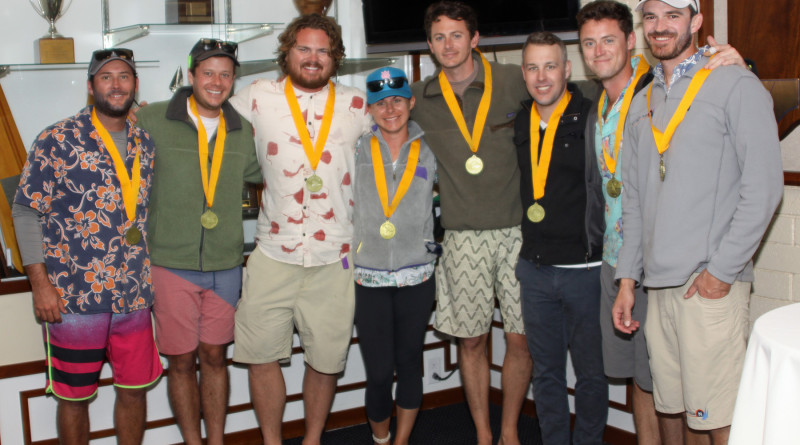 When a Southern California regatta is run in October or November there is always a chance that there will be either very strong or very light breezes.

Law, along with seven other skippers (ranging in age from 16 to 60) and the race committee teams, had to deal with light and shifty breezes of 1.4 to 6 knots.

“For us,” said Law, “it’s all about camaraderie and working as a team. We try to keep it light, sometimes talking about Fantasy Football during races. I’ve been sailing on the [Catalina] 37s the last two years for [LBYC’s] Wet Wednesdays. We’re grateful to have that experience. I’m a big team racer and have only done two match races before this.”

LBYC Rear Commodore, Bill Durant, took second place for the weekend. He was leading the field at the end of the day Saturday, but stumbled a bit Sunday and barely missed out on a repeat of his win in 2015.

LBYC Commodore Dave Hood finished in third place and strongly supports, and competes in, both fleet and match races.

The event is named after Frank Butler, founder of Catalina Yachts. In 1990, Butler designed, built and donated the 11 Catalina 37s used for all the match races held at LBYC. These same boats are also used for fleet race events. They are available for team building and individual charters through the Long Beach Sailing Foundation as well.