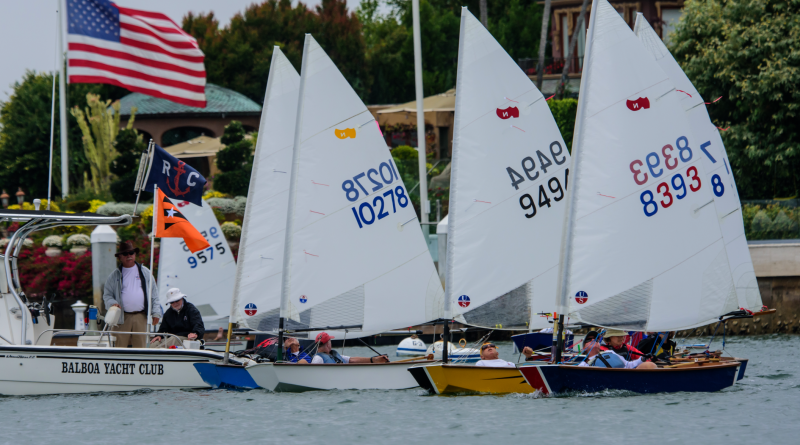 Racers from 10 yacht clubs traveled to Newport Beach to participate in the annual Senior and Masters Sabot Nationals. Photography by Tom Walker

The Clydesdale Division for racers weighing over 220 pounds was first raced in 2010. There were three entries this year. Mike Pinckney, of Balboa YC and Bahia Corinthian YC, will have his name added to the Perpetual trophy for that division. INSA Trophies were presented on June 12 by INSA Commodore Jeff Hatter, with the help of INSA secretary Danielle Richards. Balboa YC’s Commodore Doug West welcomed the racers and congratulated the winners.

There were three entries for the Grand Masters (over 65 years of age). They completed three races on June 11, followed by refreshments and trophy presentation by Balboa YC’s Rear Commodore Bill Commodore. Merideth Blair of San Diego YC placed first and will have her name engraved on the Perpetual Trophy.

This championship regatta for adults who race the 8-foot-long Naples Sabot began in 1972 and has been raced every year since then, rotating throughout Southern California harbors. Mission Bay Yacht Club will host the 2017 edition of the series. Racers were all members of the International Naples Sabot Association, the organizing group.