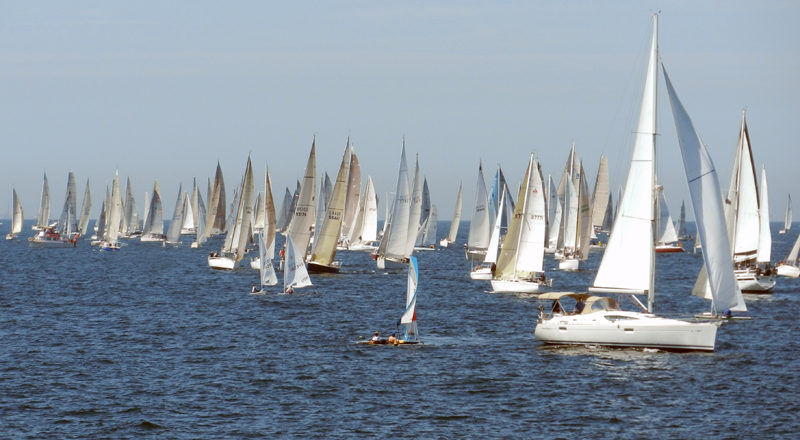 SOUTHERN CALIFORNIA — We are not even half way through 2017, and organizers of the Border Run are already looking ahead to the 2018 race.

Next year marks the 10-year anniversary of the Border Run, so organizers are incorporating a couple changes, such as planning and promoting the event a full year in advance and creating a two-stage, “NO DNF” racecourse.

Indeed the sailors competing in next year’s Border Run – taking place in April 2018 – will be required to finish either the first stage or the entire race.

“Every ocean race organizer and sailor hates DNF’s,” a representative of the Border Run’s organizing team stated in an email. “All that time and money spent NOT to finish a race is frustrating. How do you solve this problem? NASCAR!

“Using a similar format of NASCAR … makes the race more competitive and creates two events in one,” he added. “This means if you can’t finish the entire race, you will race for a trophy for the first stage of the race, which you can easily finish.”

The NASCAR format allows for finishes by including stages or gates within the racecourse.

Border Run co-founder Randy Reynolds said DNFs were quite common in recent iterations of the race. Modeling the Border Run after NASCAR and Volvo Ocean Race would make the sailing event more competitive, he said.

“To help eliminate the DNF due to light winds, we looked at NASCAR and the Volvo Ocean Race. Both use a two- or three-stage course to keep the racing tight and more competitive,” Reynolds said. “We came up with our own version of a two stage race to try to eliminate DNFs.”

Those who want to continue forward can do so, with a second trophy available at the finish line.

Sailors who plan to participate in the 2018 version of the Border Run can complete an early registration by June 1. Border Run co-founder Bob Long said 40 boats already submitted entries within the first week.

Those who enter by or before June 1 are offered an early discount and have a chance to win a new GPS GLO by Garmin or Border Run Gear.

More information about the 2018 Border Run is available online at TheBorderRun.org or by calling Long at 800-366-8584.