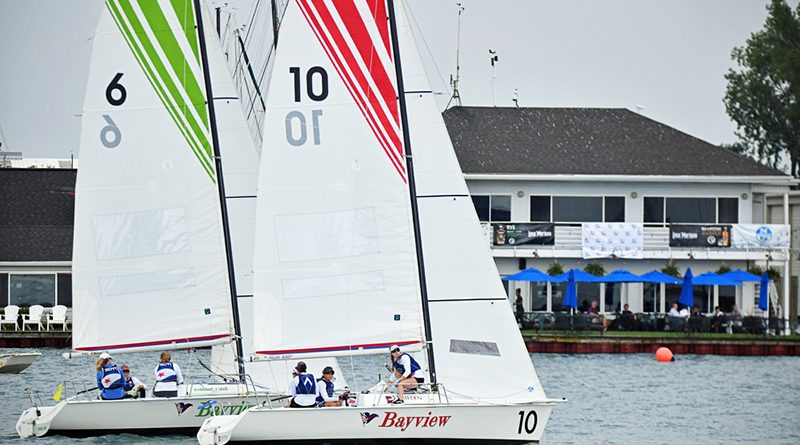 The U.S. Women’s Match Racing Championship is a match race regatta for up to 10 all-female teams sailed on keelboats. The format includes a series of Qualifying Round Robin(s), Semi-Finals, and a Finals Series.

The U.S. Women’s Open Championship serves the interest of female sailors who wish to compete against other women at the national level in double and singlehanded boats. The regattas are organized along traditional one-design racing lines where boat preparation is a factor, and no eliminations are required.

An award ceremony will take place on Aug. 21 where the top three finishing teams will be awarded their medals and in addition, the top two teams will receive trophies. The winner will be awarded the Allegra Knapp Mertz Trophy, and the Mrs. Charles Francis Adams Memorial Trophy will be presented to the runner-up.

The event has applied for World Sailing (WS) Grade 3. This grading is subject to review by World Sailing. The event may be re-graded where there is apparent reason to do so. This event will be sailed in Sonar type boats.

The top placing eligible skipper (per U.S. Match Racing Championship Conditions) will be invited to the 2022 U.S. Match Racing Championship hosted by Oakcliff Sailing on Oct. 7-9. Should the qualifying skipper decline her spot to the 2022 USMRC, or already be invited, the spot will be filled by the USMRCC’s Invitation Committee process per the USMRC Conditions.