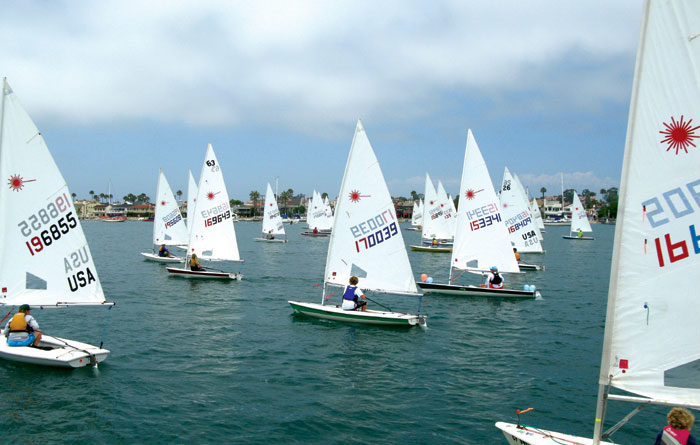 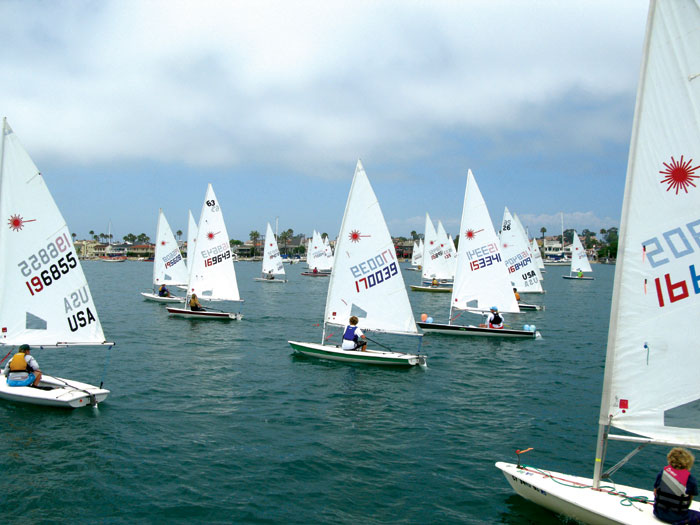 NEWPORT BEACH – Forty-three sailors participated in the 77th annual Flight of the Lasers regatta July 22, a Newport Harbor tradition that draws hundreds of spectators each year.

The race started at 1 p.m. in front of the Balboa Pavilion, and sailors young and old competed in one-design Lasers — with some working toward a strong finish while others worked on their costumes.

“The weather was pleasant, but the wind was light and variable, making the sailing a bit frustrating at times,” said race chairman Seymour Beek. “In spite of that, the winner finished only slightly behind the usual winning time, and all finishers were under the time limit.”

Beek noted that, as usual, some of the less-serious racers headed out on the course in full costume or with a decorated boat, making the event a festive occasion for all involved.

The 77th Flight of the Lasers was hosted by the Commodores Club of the Newport Beach Chamber of Commerce.

Race results and award winners are: