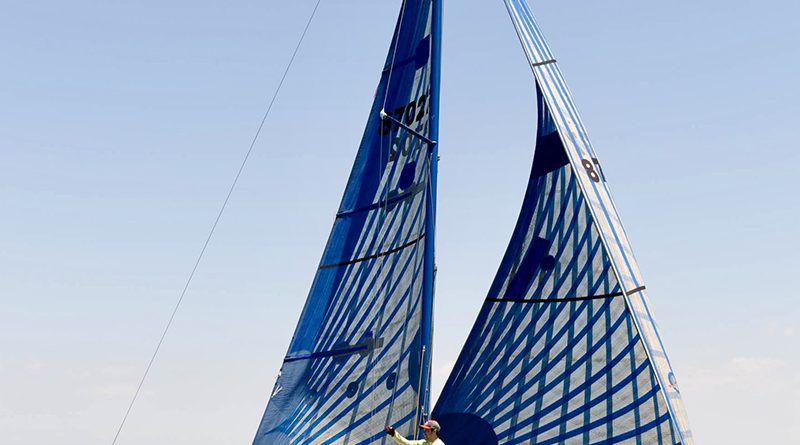 The Flying Dutchman had the lowest elapsed time and the lowest corrected time in the ULDB D class. Image courtesy of Diana MacDougall

Seventy-five sailboats took to the waters to travel 81 nautical miles around Anacapa Island with a long downwind leg that finished out in South Bay.

The race offered a beautiful view of California’s coastline as competitors from thirty different yacht clubs grouped into nine fleets raced to the finish. Fleets were separated by performance and included a cruising fleet and a multihull fleet. Yachts reached up to 60 feet in length.

The first boat, a Reichel/Pugh 63, GoodEnergy, skippered by George Hershman of Cabrillo Beach Yacht Club, crossed the finish line just before 11 p.m. Hershman finished with the lowest elapsed time of just under 11 hours.

Craig Reynolds of Balboa Yacht Club on BOLT was the overall winner with the lowest corrected time.

The lowest corrected time and the overall multihull winner was the Corsair 37, Mental Floss, skippered by Jeff Cohen of Alamitos Bay Yacht Club.

The lowest elapsed time and the lowest corrected time in the ULDB D class were taken by a Hobie 33, Flying Dutchman, skippered by Jason Herring of King Harbor Yacht Club.

Several social events were held throughout the weekend, including a cocktail party, a barbecue at SBYC with an awards party, and a traditional big shrimp feed at KHYC after racing.