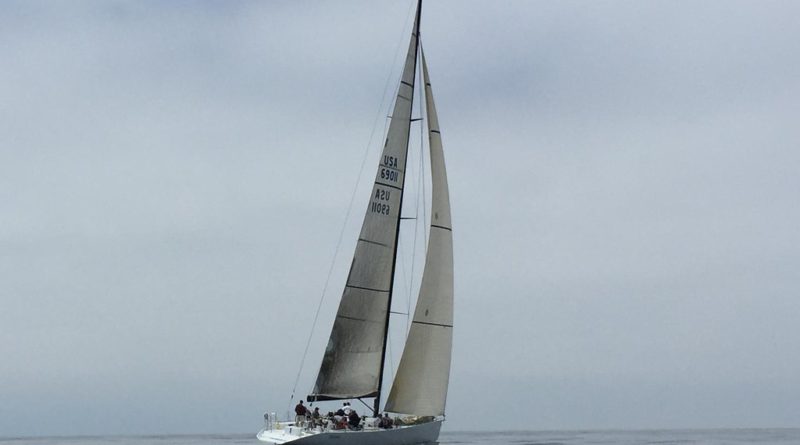 Competition from Point Fermin to Ala Wai Yacht Basin in Hawai’i will finish at Diamond Head on July 17.

LOS ANGELES—It’s a landmark year for the Transpacific Yacht Race, which will be celebrating its 50th running when the first set of boats leave Long Beach’s Rainbow Harbor for Ala Wai Yacht Basin in Honolulu on July 10. The Transpac Race is open to ocean-ready monohulls and multihulls.

All monohull yachts must have a valid ORR rating; competing multihulls are, according to the Notice of Race, “unrestricted both in maximum length and rating.” The minimum length for multihulls is 45 feet.

“The Transpac Race is a challenging race for very experienced sailors on well-equipped yachts where weather conditions and sea state can be unpredictable,” the official Notice of Race stated. “Racing from Los Angeles to Honolulu while enjoying the Eastern Pacific trade winds can result in conditions that range from pleasantly exhilarating to serious tests of seamanship. Crews must be prepared to deal with poor conditions, injuries, and potential equipment failures without the prospect of immediate assistance or rescue.”

A few trophies will be up for grabs:

Several events leading up to the 50th running of the Transpac has already occurred. Registration for this year’s historic regatta actually opened in April of 2018. Seminars were held at various yacht clubs (and online) on preparations and safety in November 2018 and each month this year. The most recent (and final) Safety at Sea seminars were held on June 15-16 (Santa Monica) and June 22-23 (San Diego).

The next deadline for this year’s regatta is June 28; all competitors must submit their “as-built” sails certificates on this day.

Shoreline Yacht Club will host the first starters party on July 5, from 6-10 p.m. A mandatory yacht check-in and tracker pick up is scheduled for July 6, noon to 5 p.m., also at Shoreline YC. Mandatory skipper and navigator meetings are set for the afternoon of July 6 at the Aquarium of the Pacific.

An awards ceremony will be held at Hawai’i Convention Center on July 26.

The regatta’s organizing authority is Transpacific Yacht Club. More information about the regatta is available online at www.TranspacYC.com.