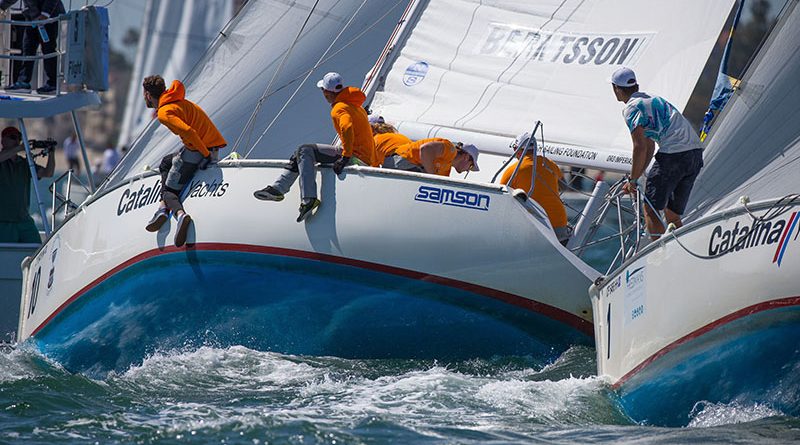 The Congressional Cup is considered the grandfather of modern-day match racing, and the skippers and crew who have competed for The Cup have a rich legacy of sailing in the top match race events around the world including the America’s Cup. Credit: Sharon Green

Four days of racing will take place in the rededicated Congressional Cup Stadium Course off the pier, the same waters for the sailing events in the 2028 Olympics set to be hosted in Los Angeles.

Ten teams are competing in the event this year, including defending champ Taylor Canfield representing the USA with team Stars and Stripes. Canfield has won five cups in the past, which is one of the strongest number of wins in the cup’s 58-year history.

Other teams include Ian Williams from Great Britain, who is ranked second in the world and has won the cup four times, and Nick Egnot Johnson of New Zealand, ranked third.

There will be four days of racing which can be viewed from stadium seating on the pier. LBYC will also host a Walk of Fame on the pier this year, honoring previous cup winners. “Beginning with the inaugural winner of the 1965 and 1966 cup, Gerry Driscoll, every winning skipper will have a plaque on the walk,” said Lisa Meier, Chair of the 2022 Congressional Cup, in a March 24 email.

A full schedule of events can be seen below:

5 p.m. The fleet returns to Alamitos Bay racing under colorful spinnakers, with umpires and officials joining the teams