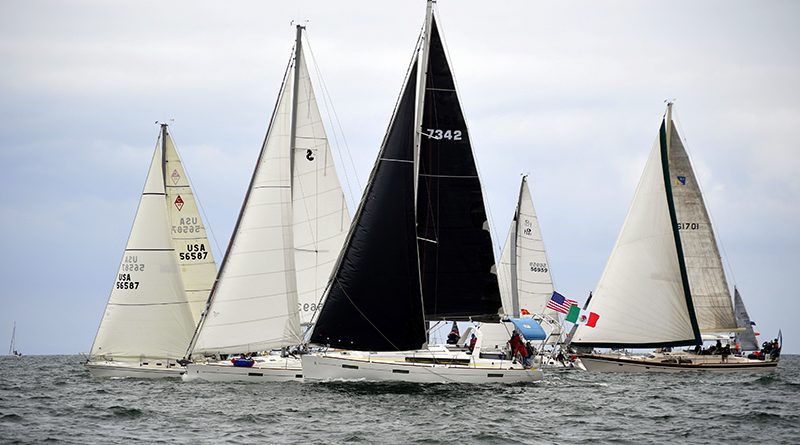 NOSA will celebrate it’s 75th year and 74th Newport to Ensenada race, the race to Ensenada is a 125-mile journey. Laurie Morrison for NOSA

NEWPORT BEACH⸺ The 74th Newport to Ensenada race is just around the corner on April 22, and pre-registration closed as of April 7.

This is a particularly momentous occasion as the Newport Ocean Sailing Association celebrates its 75th year alongside the race, with a celebration planned at the finish line in Ensenada.

The classic three-course race was put on hold in 2020 due to the COVID-19 pandemic and made a comeback in 2021 with its 73rd iteration, which had 170 boats entering the race.

This year will mark the 74th race in the organization’s history. The race is ruled by the Racing Rules of Sailing and is open to boats over 21 feet in overall length in the PHRF monohull, the ORCA multihull, accepted one-design classes, and the unlimited classes.

So far, there are over 30 first-time sailors registered for the race, with at least 15 partaking in the classic course to Ensenada.

Record holder Pyewacket will not be joining the race this year. Still, several boats are in the running to break the monohull elapsed time record, including Manouch Moshayedi’s Rio100, which eclipsed the previous 2016 Puerta Vallarta race record set by Pyewacket.

Other participants include Ray Paul’s Artemis, a Botin 65 from San Francisco Yacht Club, and George Hershman and Mark Comings’ Good Energy, an R/P63 from the Cabrillo Beach Yacht Club who has a sistership to the monohull record holder Aszhou skippered by Steve Maheen in 2016. The record is 9:35:34.

John Raymont’s Fast Exit II, a modified Ker 51, is a boat to watch, having just won top overall honors in the Puerto Vallarta race in March.

David Nelson’s Kite 35, a class winner from Royal Lake of the Woods Yacht Club in Kenora, Ontario, will return to the course after a two-year hiatus from COVID-19 and face direct competition from Herwig Baumgartner’s Black Marlin.

Steve Sellinger’s Triumph, last year’s winner of the President of USA Trophy for Best Corrected and Jack Bailee Best Corrected – Newport Beach Club trophy, will be on the starting line on April 22.

Interested parties can still register with a $100 penalty. For more information, reach out to info@nosa.org.