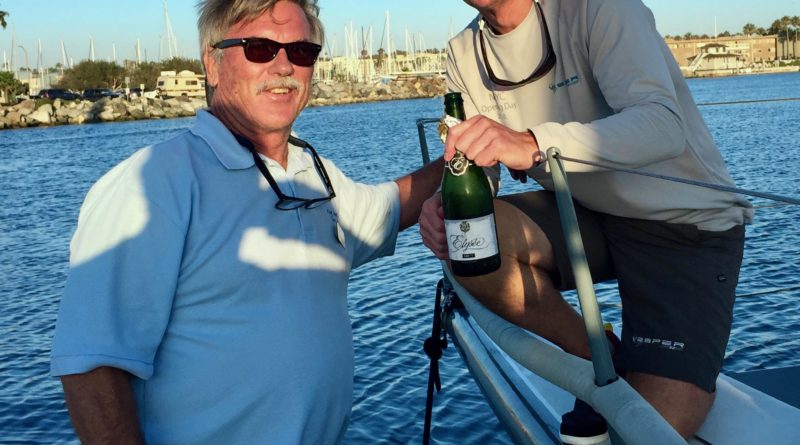 The race brought in 78 sailboats representing 25 yacht clubs as they sped through an 81-nautical-mile course around Ana Capa Island.

A total of 78 sailboats from 25 yacht clubs raced the 81-nautical-mile course as the fleets wrapped around Ana Capa Island. The participants were grouped into 11 fleets based on similar performance. Fleets include the cruising and multihull categories, and the fastest fleet was comprised of a few 50-foot boats and one 100-foot yacht.

Team sailed to the finish line just after 7 p.m. on Friday evening, while the last boat timed in a little after 10 a.m. on the following morning.

While Team was the first to finish, San Diego Yacht Club skipper Scot Tempesta championed A4, which was the overall winner with the lowest corrected time.

For the full results, visit bit.ly/2KmodO3.