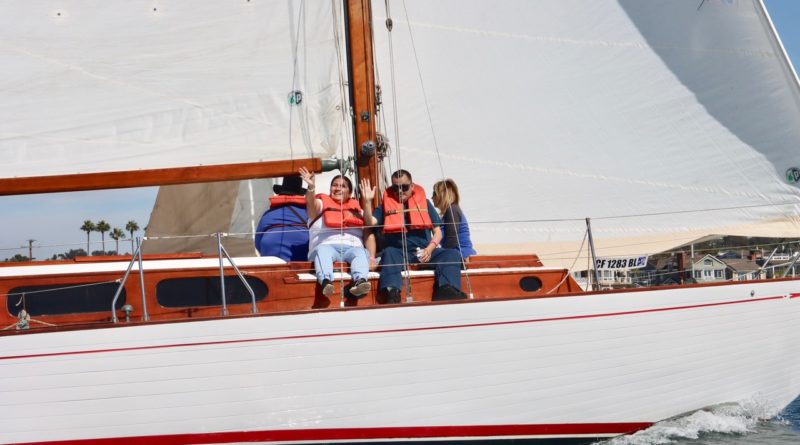 NEWPORT BEACH—Two World War II veterans were among the 130 blind and visually impaired guests who participated in this year’s Sail for the Blind and Visually Impaired, which was hosted by American Legion Yacht Club on Oct. 19. The sailing event started at American Legion Post 291 and continued on Newport Beach Harbor.

Fernando Torres, 97, was one of the two World War II veterans participating in the American Legion YC sailing event. He landed at Normandy and fought in the Battle of the Bulge.

In all, there were more than 20 military veterans participating in the Sailing for the Blind and Visually Impaired event.

Sailing was not the only thing on the agenda; the sailing event also featured a breakfast of omelets and fruits, as well as a musical tribute by 21-year-old Madison Scott, who has been blind since birth.

“The team of volunteers escorted the sailors one by one onto the boats provided by ALYC members as well as members of other local yacht clubs. The boats sailed both in the harbor and out to sea, returning to Post 291 for lunch and more musical entertainment provided by musical trio Kiera McInally, Simone Carrol and Sarah Hentges,” organizers said about the event.

Sailing for the Blind and Visually Impaired started in the early 1990s and has been an annual event ever since.