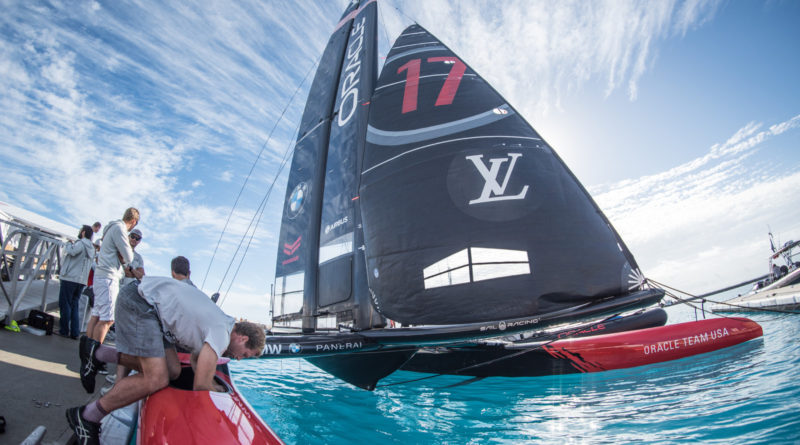 Oracle Team USA hopes to defend its title while five international teams are racing to qualify and win the America’s Cup.

BERMUDA ― Top sailors from around the world will be competing in the 35th America’s Cup, one of the world’s fastest sailing races. With Bermuda hosting the event, yachts will propel through the warm, clear Caribbean waters starting May 26 with the qualifying events.

It may be called the America’s Cup but the race has evolved into a world competition. America’s Cup is actually named after America, the winning schooner of the 1851 race.

All the teams representing various countries in the race started arriving in Bermuda as late as April. The Swedish team, Artemis Racing, and Oracle Team USA, however, took residence in Bermuda for the past two years to undergo training exercises.

The qualifying races, beginning May 26 and concluding June 3, will eliminate one team from the competition. The America’s Cup Challenger Playoffs, June 4 to 12, follow and will determine the team to challenge Oracle Team USA.

The team from Sweden, Artemis Racing, sadly lost a crew member while training for America’s Cup in 2013. Andrew Simpson, otherwise known as Bart, died after being pinned underneath the team’s capsized vessel in the San Francisco Bay.

Competitive sailing is obviously not without its risks and challenges. The weather conditions in Bermuda are expected to be nice at the time of the event. The exact course, however, will not be determined until the day of the event after taking into consideration the direction of the winds.

With the modern day vessels having hydrofoil suspension underneath the hull, these catamarans appear to fly just above the water and have the ability to go as fast as 45 knots. In fact, America’s Cup is being compared to Formula One racing and starting to be referred to as “F1 on the water.”

Bermuda’s Great Sound, according to the America’s Cup website, provides a perfect “natural amphitheater for the race course.”

Visit America’s Cup website at americascup.com for more information and updates about the race.