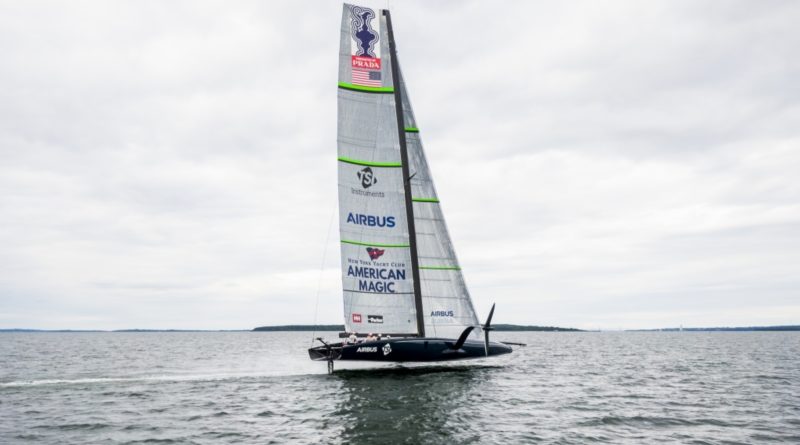 The team’s first AC75 sails for the first time.

Two of the teams scheduled to participate in the America’s Cup World Series (ACWS) event in Cagliari on the Italian Mediterranean island of Sardinia have announced the event, scheduled to be held in April, will be canceled.

In a March 13 release Luna Rossa, the Challenger of Record for the America’s Cup, said that due to the declaration of the COVID-19 pandemic by the World Health

Organization and the restrictions imposed by the different governments means it would be impossible to organize the ACWS Cagliari event in April. The release also said organizers had submitted a proposal to the Defender to postpone the event to a new date.

Emirates Team New Zealand, said in a release: “it is quite obvious that the ACWS Cagliari event cannot go ahead.”

The team added the other teams are collectively entering discussions on a solution to create an equitable outcome for everyone around the loss and/or availability of sailing time due to the change of circumstance as a result of the global COVID-19/Coronavirus situation.

The next World Series event between the America’s Cup teams is scheduled to be held in Portsmouth, England in June.