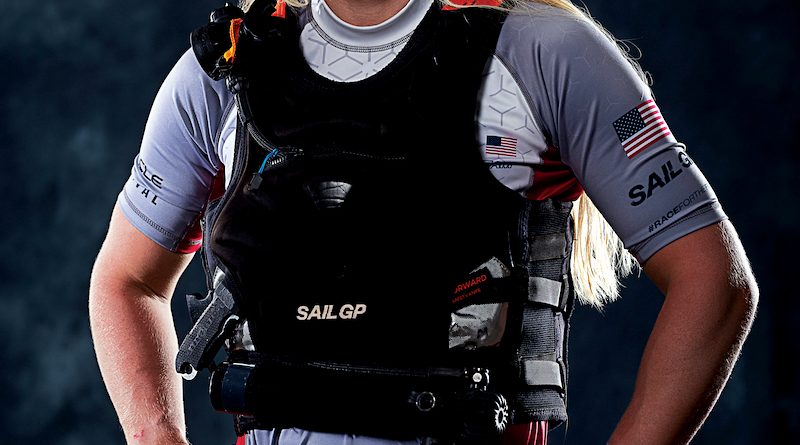 The American team is currently one point away from first place in the SailGP Season 2 overall leaderboard. Sydney will provide a crucial test as the top three overall teams look to qualify for the $1 million Grand Final at the United States Sail Grand Prix in San Francisco March 26-27, 2022.

Weis and former U.S. SailGP Team wing trimmer Riley Gibbs compete as part of the U.S. Sailing team and race in the two-person mixed-gender Nacra 17 class. Weis’s role as crew on the foiling catamaran requires top-notch athleticism, agility, and strength, in conjunction with keen tactical abilities, in addition to operating the front of the boat.

Weis’s top 10 performance in Tokyo caught the attention of U.S. SailGP Team CEO and Driver, Jimmy Spithill. Spithill told SaiGp in an article that, “our goal is for the United States to be a powerhouse in professional sailing and Anna’s expertise at the international level stands out. We’re looking forward to trialing her in Sydney and between her, Daniela and CJ, we believe we’re building a strong foundation of talent that will benefit us now and into the future.”

Weis is originally from Fort Lauderdale, Fl. She is a student at Boston University but deferred her education while pursuing her professional sailing dreams full time. She overcame injuries and operations on both arms in early 2019. Later that year, the Gibbs/Weis duo won the gold medal at the Pan American Games, becoming the first U.S. team to qualify for Tokyo in the mixed multihull class.

Racing at the Australia Sail Grand Prix presented by KPMG in Sydney started both days at 4:00 p.m. local time (12:00 a.m. EST) on Dec. 17 and Saturday, Dec. 18 and aired live in the USA on CBS Sports Network, SailGP’s YouTube channel as well as the SailGP APP.

SailGP unveiled the first eight (of 10) events of its Season 3 calendar that include iconic locations worldwide earlier this week. In addition, two North American stops have been announced so far, in Bermuda May 14-15 and Chicago June 18-19, 2022.