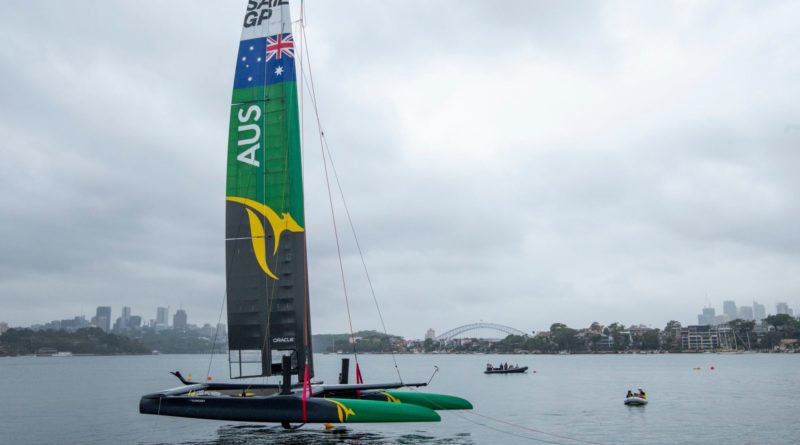 The global league’s inaugural season culminated with a 10-minute match race between Australia and Japan, in which Australia secured the trophy and the $1 million prize in dramatic fashion.

The stakes for the Sept. 22 race were unprecedented – $1 million is the largest monetary prize in the sport of sailing and the SailGP Championship trophy is a creation of Thomas Lyte, regarded as the world’s leading trophy maker.

“It feels amazing. We deserved it and I’m so happy for our whole team as the amount of work they put in was huge. We said going into today we were going to win as a team or lose as a team,” Slingsby said. “I feel for Nathan and his team. They have put in an amazing effort all year and it is just the way it is.”

Race analysis determined that the final duel came down to a mere 2.5 feet at a crucial moment on the racecourse; if the Australians had been five-hundredths of a second slower, Japan could have forced them to incur a penalty. It was a risky play by Japan in an attempt to force Australia off its course that backfired and allowed Slingsby to move into the lead and ultimately take the win.

“Congratulations to Tom Slingsby and the Australia SailGP Team – what an amazing performance,” SailGP CEO Sir Russell Coutts said. “All six of our national teams have put on a show for fans around the globe.”

Season 2 of SailGP – which was created by New Zealander Russell Coutts, a five-time America’s Cup winner and software tycoon Larry Ellison, whose Oracle Team USA won the America’s Cup in 2010 and 2013 before losing it to Emirates Team New Zealand in 2017 – is scheduled to debut Feb. 28-29, 2020 in Sydney, Australia allowing Slingsby to start the season defending on his home waters.