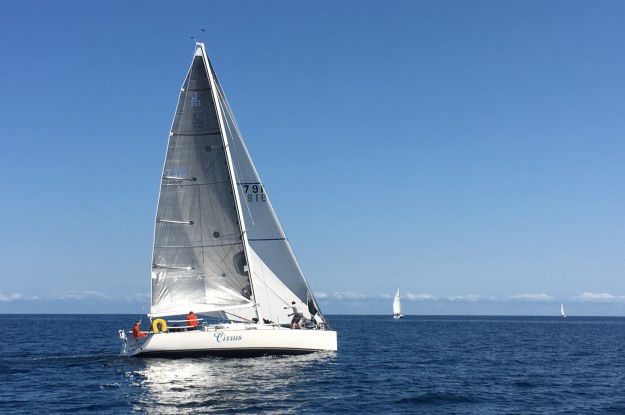 Competitors will race from Orange County to Avalon, then back to Newport Beach, March 21-22.

NEWPORT BEACH—Sailors with PHRF-rated vessels are invited to compete in the 2020 Bogart Race, which is hosted by Bahia Corinthian Yacht Club. The Bogart Race comes to Newport Beach on March 21 and 22.

“Boats will be placed into classes based on their Area D Random Leg Rating,” the Notice of Race stated. “Race Committee may assign a boat to a class it deems appropriate.”

The entry fee for the Bogart Race is $50. Sailing instructions will be available at the Bahia Corinthian YC office one week prior to the first race. Changes to the schedule of races will be posted on the Race Bulletin Board at Bahia Corinthian YC (and online at www.bcyc.org) at 7 p.m., the day before the race.

“Scoring for the Bogart Race Overall (class and overall) will be based on the sum of each Final Corrected Time,” the Notice of Race stated. “There are no throw-outs. A boat that did not start, did not finish, was disqualified or retired, shall be scored points for the finished place one more than the number of starters for the race.”

Take home trophies will be awarded after each race (Santa Ana River Jetty to Avalon Casino and Avalon Casino to Newport Beach). Best Overall awards will be handed out after the last race (March 22).

The Bogart Race, named after actor Humphrey Bogart, is Bahia Corinthian YC’s longest-running race. Sailors race to Avalon, spend the night there, and return to Newport Beach the following day. The race traces its roots to 1950, when Bogart competed in a sailing event to Avalon. He would win that race aboard his boat, Santana. Bahia Corinthian YC, which formed in 1958, would eventually establish and organize the Bogart Race Series, in honor of the actor’s Avalon race.