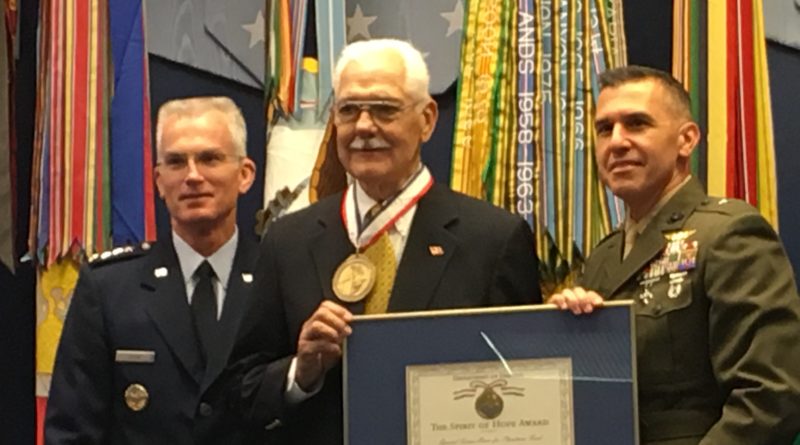 NEWPORT BEACH — The Bahia Corinthian Yacht Club announced its member, Richard (Dick) Stone, was named the recipient of the Spirit of Hope Award at the Pentagon.

General Paul J. Selva, Vice Chairman of the Joint Chiefs of Staff, and Brigadier General Dennis A. Crall, Director, C4/Chief Information Officer of the US Marine Corps, presented the award.

The Spirit of Hope Award is presented for outstanding service to the United States of America.  It is awarded to men and women of the United States Armed Forces, entertainers and other distinguished Americans and organizations whose patriotism and service reflect that of Bob Hope.

Hope was designated as the first honorary veteran by the United States Armed Forces for his decades of entertaining the troops, both in peacetime and in combat zones. This honor was bestowed by the United State Congress and signed into law by President Bill Clinton.