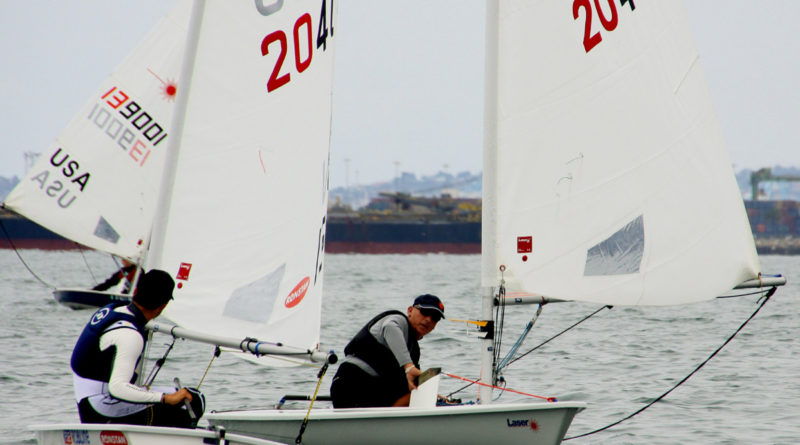 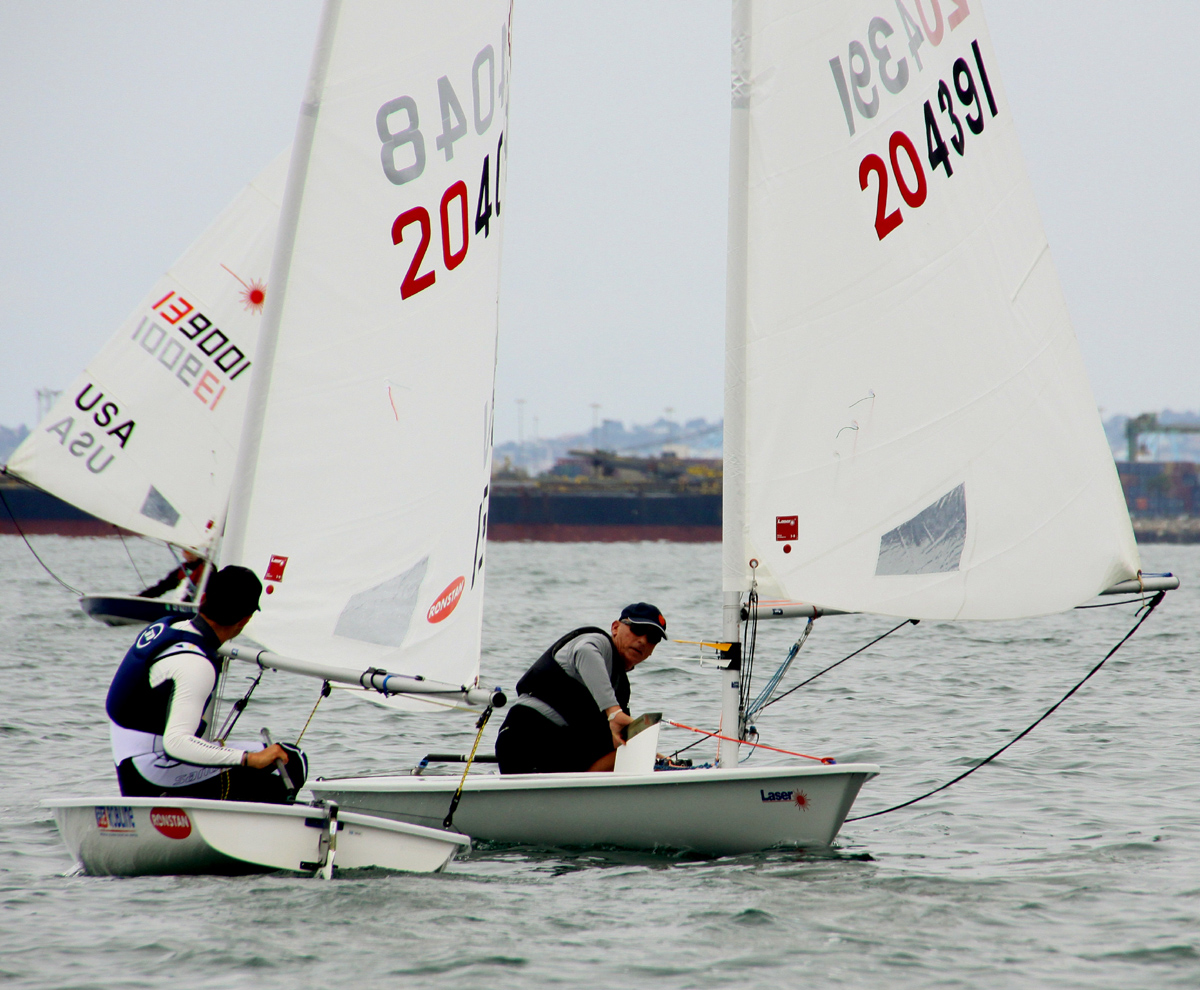 LONG BEACH –The wind came up and so did Chris Barnard on the decisive second day of Alamitos Bay Yacht Club’s annual Memorial Day Regatta Sunday, May 25.

The 23-year-old Olympic hopeful from nearby Newport Beach collected three second-place finishes as Day 1 leader Erik Bowers settled for three thirds — although one was quite remarkable — to finish third overall as Cy Thompson from St. Thomas Yacht Club in the U.S. Virgin Islands stole the late show by winning all three races on May 25 to lift himself out of the middle of the 26-boat fleet into second place.

After suffering in Saturday’s sorry winds of 4.5 knots tops, consistency was key for the leaders in a more familiar Long Beach southwest breeze building to 13 knots through the last three of six total races.

Barnard, six feet and 183 pounds, is one of several members of the US Sailing Team Sperry Top-Sider Olympic program currently training at Alamitos Bay YC, and he thinks he is progressing nicely.

“I’m happy to be where I am,” he said. “I’ve been doing a lot of international events around the world, and I’m the second ranked American behind Charlie [Buckingham]. I’m getting better in the stronger conditions. I’m spending more time in the gym and have been sailing here in the stronger time of day.”

A better test will be June 12 to 15 when he, Buckingham and Bowers will be competing in the Laser class North American Championships at Alamitos Bay YC.

“All the best guys will be here,” Barnard said.

The difference for him this time was being able to discard his worst finish — an  eighth place on Saturday, May 24 — after five of the six races, leaving him with 10 points to 13 each for Thompson and Bowers. Thompson won the runnerup tiebreaker with his first-place triple Sunday, May 25

Bowers was in trouble at the outset of Sunday’s sailing when he struck the anchor chain of the race committee boat on the start. He did a penalty turn as the fleet sailed away, but fought back impressively for third place.

“I just gave [the start boat] too little space,” he said.

Paul Didham from San Diego held off San Francisco rivals Lawson Willard and Lindsey Babb to win Laser Radials. He did so by scoring his only win in the last race.

The event is the first of Alamitos Bay YC’s traditional holiday regattas for small boats from San Diego to San Francisco and beyond, to be followed by the Fourth of July Regatta in early summer, preceding the Labor Day Regatta in September and Turkey Day for Thanksgiving in November.