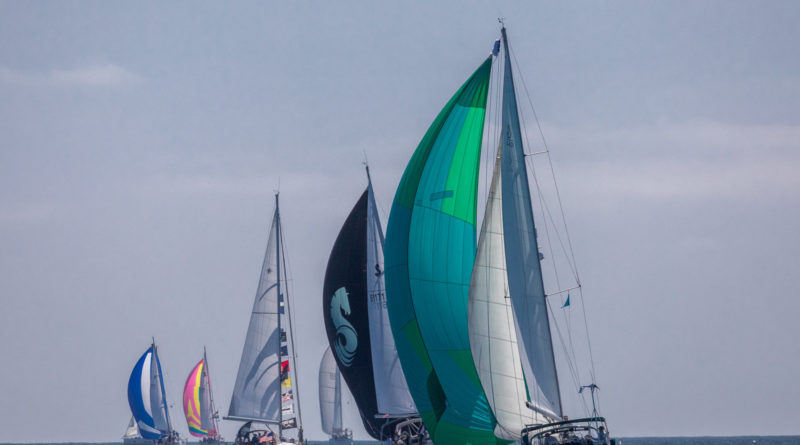 South Coast Yachts hailed this year's event, which drew in more than 330 sailors, as the largest ever.

SAN DIEGO—South Coast Yachts and San Diego Yacht Club hosted what was hailed as the largest regatta of its type ever, as the 2019 Beneteau Cup drew in 48 boats and 330-plus sailors, Sept. 21-22. Organizers Rick Day and Barrett Canfield both stated this was the largest Beneteau Cup in the world, edging out a similar regatta in Sydney, Australia. Canfield and Day are both with South Coast Yachts.

The Beneteau Cup is an instructional and educational sailing event, specifically geared toward new and novice racers. Sailors introduced to racing via the Beneteau Cup have went on to win other regattas, according to Canfield and Day.

The 36.7s competed for a West Coast Championship while the 40.7s raced in three windward-leeward courses.

“Sunday, with a lighter and a shifty breeze, SDYC Race Committee did an amazing job setting a pretty tight W/L course for three races for the 40.7’s & 36.7’s (to finish their Championship), while sending the other three classes on various round-the-bay, random-leg courses,” Beneteau Cup staff said in a released statement. “The sun was out, the breeze was warm, and the racing was lively. It was quite a sight to see with 30+ Beneteau cruisers headed down the bay flying their beautiful kites. Everyone wrapped up around 3:30 pm, which was perfect timing to head back to the 4:30 awards ceremony.”

Trophies were awarded to the top four finishers in each of the four classes.

Winner of the Overall Class Championship for the 36.7 Class was Thomas Shephard of Oceanside Yacht Club; his boat is Kraken.