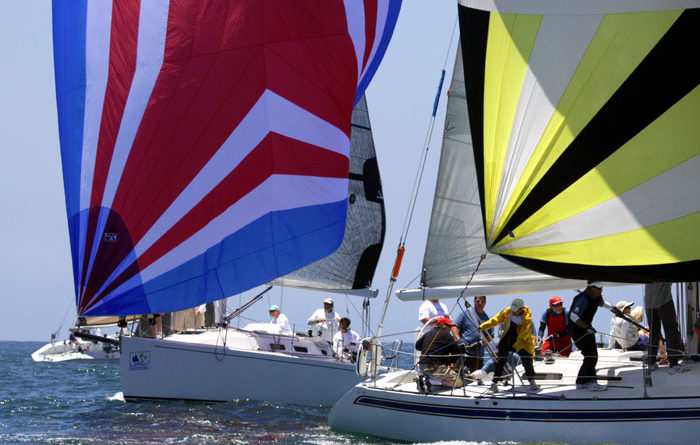 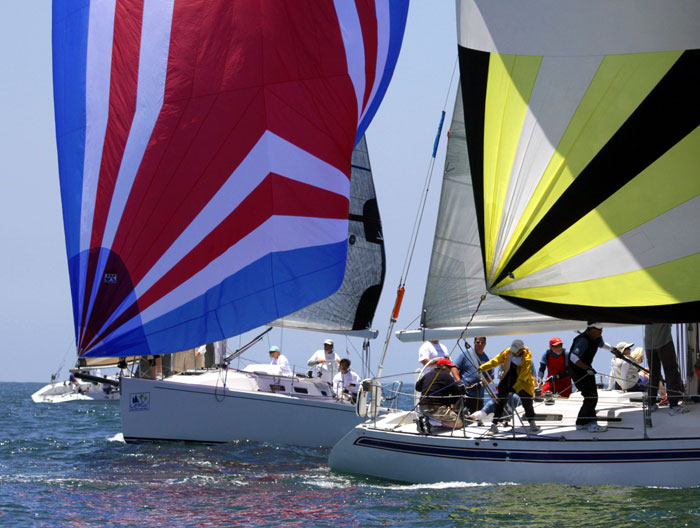 The 21-foot Vipers, led by defending champion Jim Sears, an Alamitos Bay YC member and co-host of the CBS television show “The Doctors,” top this year’s entries — with 23, so far.

The J/70s, at 22.75 feet overall, are making their debut at Long Beach — but they have swamped East Coast docks with 55, 49 and 39 boats at Charleston, Annapolis and Key West (respectively) over the past year.

One attraction the Vipers and J/70s share is their portability. They can be kept at home and towed anywhere — which is why the current entry list shows homeports from three states and Vancouver, British Columbia. There’s even Glyn Locke’s Viper entry from Great Britain’s Isle of Wight.

Bennet Greenwald, from San Diego YC, is a J/70 favorite who joined the new class on a whim. Earlier this year, he planned to sail his larger J/105 at Quantum Key West Race Week in Florida, but the class failed to establish. Rather than miss the action, he chartered a J/70.

With pro Eric Doyle as tactician, Greenwald said, “We had a blast … a lot of boats and great competition, and we did OK” –12th among 39 boats.

“I said to Eric, ‘If you were me, would you buy this boat?’ He said ‘Yeah,’ and so I did. “What attracted me was the size of the fleet, the quality of the competition and how nice the package is,” Greenwald said.?”It goes through the water beautifully. It planes downwind in 14 knots (of wind). It’s easy for an old guy to drive. It’s a hoot.”

In March, he won the San Diego NOOD Regatta, among 10 boats.

“That was because of the fact that I had in my boat a guy named Brun, who is a pretty good tactician,” Greenwald said. “He beat me up around the course with a whip.”

That would be Vince Brun, the 1986 Star class world champion.

The J/70s sail with three or four people, but Greenwald said, “It’s better to sail with four. That extra set of hands, particularly in getting the kite under control, is a huge help.”

Otherwise, he said, “The boats are pretty simple. They go down the road just fine. You can travel all over the place. That’s part of the fun of it. I haven’t had a really small boat in a very long time. I’m going to keep doing this until they take it away from me.”

Racing will be on three courses set inside and outside the port’s federal breakwater. Each day’s competition will be followed by onshore parties hosted by the yacht clubs, with free shuttle boat service across Alamitos Bay between the two clubs.

All 10 of the Catalina 37s chartered from Long Beach Sailing Foundation have been taken by teams from as far away as Tacoma, Wash. and Scottsdale, Ariz.

Free mooring assignments are available for out-of-town boats. Onshore accommodations, including those at event sponsor Ayres Hotel in adjacent Seal Beach, may be booked with special Race Week rates.