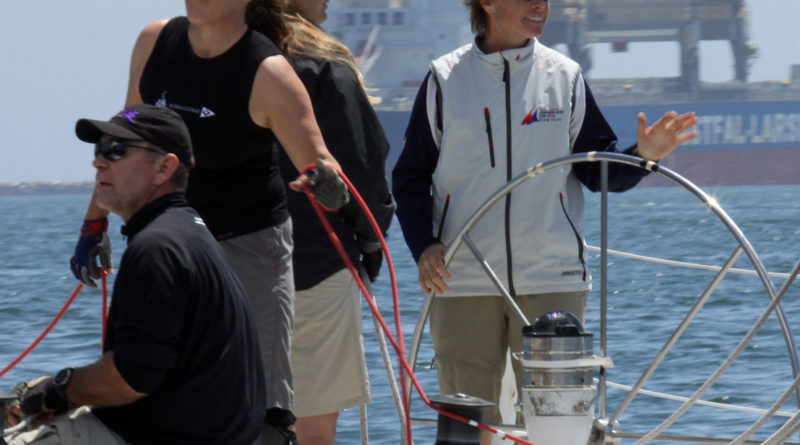 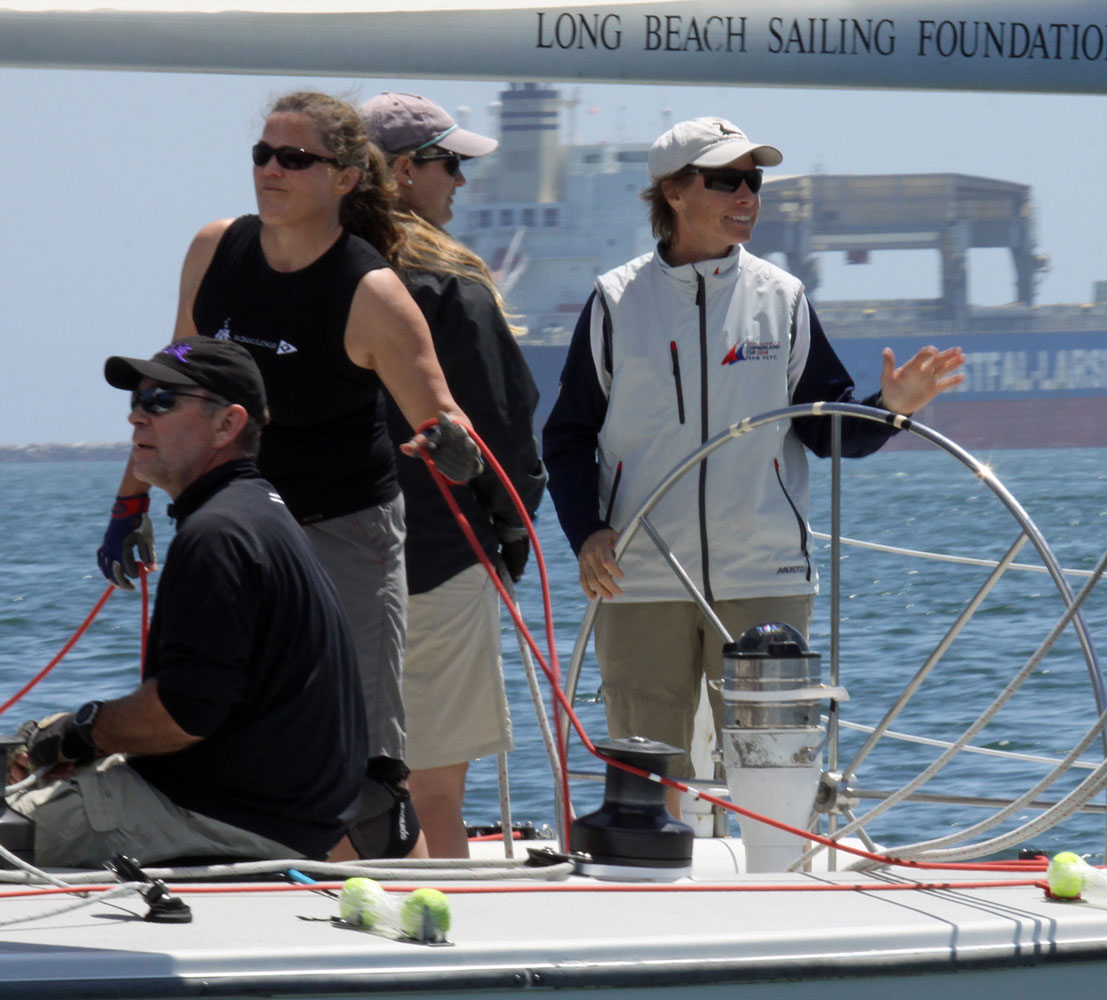 “I turned 43 today,” Breault said, “which should show that all ages can play this game.”

Hosted by Long Beach Yacht Club and raced on the Long Beach Sailing Foundation’s fleet of Catalina 37s – the same boats used in the ISAF Grade 1 Congressional Cup, May 13 to 17 – Breault put on a dominating show with only one loss in the double round robin format posting a 13-1 for the weekend.

For winning this year’s Mayor’s Cup, Breault received an invitation to The Buddy Melges Challenge ISAF Grade 1 match race, Sept. 16 to 21, hosted by Sail Sheboygan US Sailing Center in Sheboygan, Wisconsin, as part of the 2015 Women’s International Match Racing Series

Under sunny skies and typical Long Beach breezes out of the southwest between 8 to 15 knots, the eight women skippers raced 56 races over the two days, in which they raced each other twice.

This regatta was unique in that the women skippers were allowed to have a co-ed crew of both men and women, something not very common to the sport of match racing.

Liz Hjorth took second place honors in the regatta and talked about the crew mix.

Last held in 2008, this year’s regatta is a qualifier to the U.S. Women’s Match Racing Championship, Aug. 13 to 16, which will be hosted by Newport Harbor Yacht Club.

Race documents are available at lbyc.org.